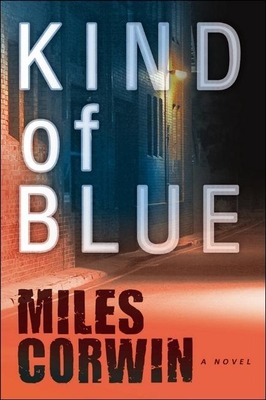 A tenacious, obsessive detective, Ash resigned after Latisha Patton, the witness in a homicide case he was working, was murdered. Without his job, Ash is left unanchored—and consumed with guilt that he somehow caused Latisha’s murder.

When he’s asked to rejoin the force, Ash reluctantly agrees. Getting his badge back could give him the chance to find Latisha’s killer.

Ash dives in headfirst into the shadowlands of Southern California to investigate the ex-cop’s murder. But even when he has a suspect in custody, something about this case doesn’t sit right with Ash, and he continues working the increasingly dangerous investigation while quietly chasing leads in Latisha’s murder.

Unable to let either case go until he has answers, Ash finds that his obsessive nature, which propels him into a world of private compromises and public corruption, is a flaw that might prove fatal.

While the novels in the Ash Levine Crime Series stand on their own and can be read in any order, the publication sequence is:

Praise For Kind of Blue: An Ash Levine Thriller…

“Kind of Blue is my kind of book and I think Miles Corwin is a novelist to watch. This book has character and texture, action, and reflection. It's got it all and I can't wait for more!” —Michael Connelly, New York Times best-selling author


“A terrific book; raucous and raconteuring. Homicide cops as you’ve never seen them before. A primer on the boredom and exhilaration of police work—a must read of pit-bull dimensions.” —James Ellroy, best-selling author


* “Former LA Times crime reporter Corwin clearly knows the technical stuff. His procedural details are spot on, but he also knows how to generate adrenaline-producing action, and he gets into the very heart and soul of his multifaceted protagonist.” —Booklist (Starred Review)


“Years of experience as a Los Angeles Times reporter give Corwin the inside track on the seamy side of the city, and his depiction of the life of a police detective is as real as it gets. Readers of Michael Connelly will rejoice.” —Library Journal


“Kind of Blue avoids the overheated prose so often found in crime fiction. Corwin is a minimalist, yet his descriptions are precise. Genuinely suspenseful.” —The Los Angeles Times


“Filled with the raw, tough, and crude daily routine of police work and life on the mean streets of Los Angeles” —The Big Thrill


“A plot that is so gritty and realistic one has to keep in mind it is a work of fiction. It’s that good.” —Tucson Citizen


“A memorable thriller. Fans of Michael Connelly’s Det. Harry Bosch will welcome the arrival of another sharp, interesting cop prowling through the LA underworld.” —The Norwalk Citizen

“Midnight Alley is a terrific novel, thriller, page-turner, and a smart social study of today’s Los Angeles. The journalist in Corwin gets the facts right, and the entertainer in him keeps the story fresh, the characters bold and the pace brisk. This is a worthy addition to LA’s long canon of crime fiction.” —T. Jefferson Parker, New York Times best-selling author


“Corwin hits it out of the park with this one and certainly leaves the reader wanting more. An exceptionally intriguing and gripping read.” —Suspense Magazine

A native of Los Angeles, Miles Corwin is a former crime reporter at the Los Angeles Times. Corwin is a best-selling author whose previous books include The Killing Season, And Still We Rise, and Homicide Special. Kind of Blue is the first in the Ash Levine Crime Series, followed by Midnight Alley.
Loading...
or
Not Currently Available for Direct Purchase