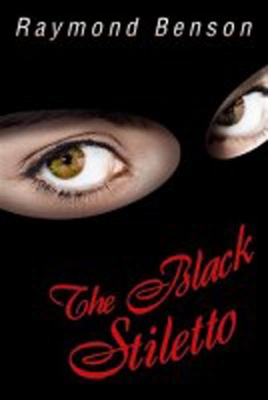 Could Martin Talbot's elderly, Alzheimer-stricken mother, Judy, really have been the Black Stiletto? When Martin discovers several volumes of her diaries hidden by his mother, he is stunned beyond all imagination. His mother, the underground heroine of yesteryear? The famed ,still unidentified woman who battled Communist spies, took on the Mafia, and preyed on common crooks? The woman who exacted punishment on evildoers without mercy? But it is all described, in great detail, in the diaries. What caused her to begin her quest for justice. Her decision to act outside the law. Her feats as the famed and feared vigilante. How her reputation exploded. In short, how it all played out. Could it be true? Talbot is filled with doubt and disbelief. But the reappearance of one of the Stiletto's old enemies with a thirst for merciless revenge makes the story more than real and could imperil the life of not only the Stiletto, but her son and granddaughter as well.

Raymond Benson is the bestselling author of 28 published titles, including the first three novels in the Black Stiletto series: The Black Stiletto, The Black Stiletto: Black & White, and The Black Stiletto: Stars & Stripes. He is most well-known for being the official James Bond 007 continuation author between 1996 and 2002. In total he penned and published worldwide six original 007 novels, three film novelizations, and three short stories. An anthology of his 007 work, The Union Trilogy, and
or
Not Currently Available for Direct Purchase
Copyright © 2020 American Booksellers Association