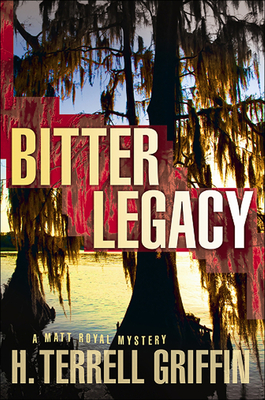 Matt Royal has gotten himself into a royal mess

After a week away, Matt Royal's ready to get back to the Longboat Key good life—good fishing, good food, good beer, and more good fishing. But Matt comes back to bad news: while he was away, a sniper tried to kill one of his best friends. Even worse, now that Matt's back, someone's trying to kill him. And whoever is trying to kill him is trying really hard.

With no clue who's after him or why, Matt soon finds he's at the center of a mystery involving a lawyer's murder, a tourist left for dead, a ruthless biker gang, a reclusive billionaire with nothing to lose, and an ancient document that could bring ruin to some of the most entrenched financial interests in Florida.

Between solving the mystery and staying alive, Matt's got his hands full. But he'd better watch out or his hard-charging ways could get him sideways with the newest member of Longboat Key's police force, the undeniably attractive Jennifer Duncan. For Matt, it's shaping up to be a really long week.

“Griffin’s Matt Royal novels may be the closest approximation we have today to John D. MacDonald in his pulp-fiction prime. Griffin captures the mood and tone of the McGee novels nicely. Good fun.” —Booklist

H. Terrell Griffin, a former trial lawyer and soldier, is the award-winning and best-selling author of the Matt Royal Mystery Series set on the Florida Gulf Coast island of Longboat Key, and Vindication, set in The Villages of Central Florida. His novels have repeatedly been compared to John D. MacDonald for their setting, character, and style. Bitter Legacy joins the Longboat Key series of Blood Island, Wyatt’s Revenge, Collateral Damage, Fatal Decree, Found, Chasing Justice, and Mortal Dilemma.
Loading...
or
Not Currently Available for Direct Purchase