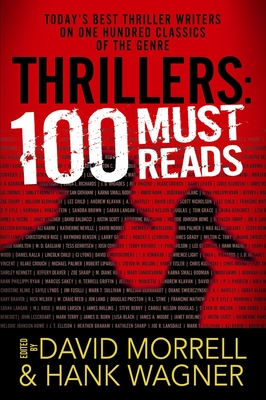 "This is an essential reference book." — Library Journal

"...writers who explore their personal connection to the work in question, such as the ingenious parallels Lee Child drew as a boy between the Theseus myth and Ian Fleming's Dr. No, or Duane Swierczynski discovering Donald Westlake's (writing as Richard Stark) Parker series and realizing it's fun to read about sons of bitches." — Publishers Weekly

"It reminds us all of the sheer excitement and dazzling scope of the genre. A treasure!” — Christopher Reich, New York Times best-selling author of Rules of Deception

"The ultimate thriller resource. A fantastic reading list with a 'Who's Who' of contributors." — Brad Thor, New York Times best-selling author of The Apostle

Hank Wagner is a prolific and respected critic and interviewer. His work regularly appears in such publications as Mystery Scene, Cemetery Dance, Nova Express, and Crimespree.
Loading...
or
Not Currently Available for Direct Purchase