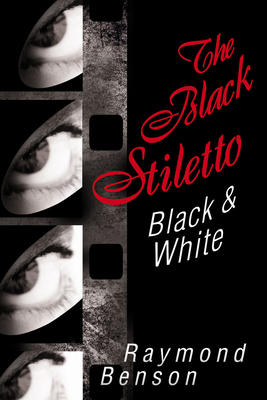 It’s 1959, and Judy Cooper, the Black Stiletto, sets out to confront a dangerous gangster known as the heroin king of Harlem when the teenage daughter of her beloved martial arts instructor ends up a prisoner in an uptown narcotics den.

And the Stiletto has troubles of her own—a shady filmmaker is threatening to reveal her identity to the world—a close friend of her landlord and substitute father may be in cahoots with the Harlem criminals—she’s fighting for racial equality—and she has fallen in love again . . . this time with an FBI agent who has standing orders to arrest her.

Meantime, in the present, the Stiletto’s son, Martin, faces his own blackmail crisis when he finds out that there is a second copy of an 8mm film he found in his mother’s strongbox—showing the Black Stiletto unmasked in a film studio dressing room. As he tries to stop the filmmaker’s son’s extortion plot, he learns that his daughter, Gina, has been brutally assaulted in New York City.

The past and the present meet as two shattering climaxes converge.

While all of the novels in the Black Stiletto Series stand on their own and can be read in any order, the publication sequence is:


Praise For The Black Stiletto: Black & White: A Novel…

“This second installment in the Black Stiletto series is just damn fun, effectively mixing the story of young, fearless Judy and the poignant struggle of Martin to protect his mother from an onslaught of publicity that she won't understand. Sheer Entertainment.” —Booklist


“Benson has created one of the most original heroines I’ve read in a long time. Adventure and suspense made this book a rollicking good read. But the story is about much more than simply the evolution and escapades of The Black Stiletto. It’s about relationships and just how well we know—or not—even the people we love most.” —Sandra Brown, New York Times best-selling author