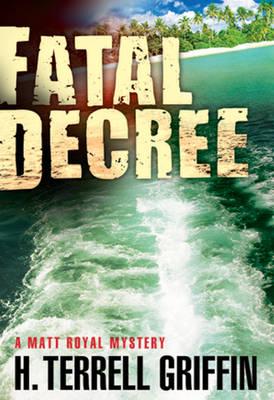 When a serial killer shows up on Longboat Key after a twelve-year absence, Matt Royal is stymied. The first woman killed on Longboat Key has ties to a secretive government agency for which Matt's best friend, Jock Algren, works. Was this a coincidence or was she a targeted kill?

Matt's friend, Longboat Key detective Jennifer Diane (J.D.) Duncan, investigates the murders—but also seems to be a target of the killer. Why? And where has the killer been for the past twelve years? And why has he come to Longboat Key when his earlier kills were all in Miami? The mystery deepens when Guatemalan gangbangers try to kill Matt and J.D. and suspicions grow that Mexican drug cartels are somehow involved.

The director of Jock's agency orders him to do whatever is necessary to find the killer because of the death of the woman with connections to the agency. Will Jock simply take out the murderer or allow J.D. and the law to arrest, try, and convict the bad guys?

Matt's life is further complicated by J.D.'s growing dissatisfaction with island living—and her thoughts of returning to Miami.

Perfect for fans of John Sanford and Robert Crais

“A mixture of straight-ahead action and laid-back John D. MacDonald–style narrative . . . Matt Royal is definitely a hero in the Travis McGee mold.” —Booklist

“This is a great investigative thriller with action that never stops. Every time one thing is solved, a new ‘clue’ arrives that completely transforms the face of the original case. Written by a superb writer who is the mind behind Wyatt’s Revenge, H. Terrell Griffin has once again hit it out of the park!” —Suspense Magazine

“As comfortable as old clothes, yet relentlessly suspenseful and constantly surprising, Mr. Griffin’s latest in the Matt Royal Mystery Series confirms his place as a worthy heir to the John D. MacDonald tradition.” —Florida Weekly

H. Terrell Griffin, a former trial lawyer and soldier, is the award-winning and best-selling author of the Matt Royal Mystery Series set on the Florida Gulf Coast island of Longboat Key, and Vindication, set in The Villages of Central Florida. His novels have repeatedly been compared to John D. MacDonald for their setting, character, and style. Fatal Decree joins the Longboat Key series of Blood Island, Wyatt’s Revenge, Bitter Legacy, Collateral Damage, Found, Chasing Justice, and Mortal Dilemma.
Loading...
or support indie stores by buying on