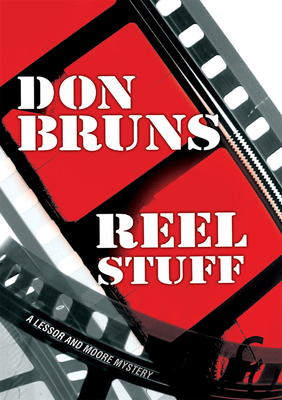 Is it suicide or murder when Academy Award winning actor Jason Londell leaps to his death during the filming of a TV show in Miami? Londell's actress girlfriend hires private investigators James Lessor and Skip Moore to investigate. They uncover a plot loaded with twists and fueled by money and greed. The case sends James, Skip, and Skip's girlfriend Emily to Los Angeles where the blonde beauty goes undercover in Hollywood and is discovered by a talent agent. The normally level-headed Emily gets carried away by the dream of a career in pictures, but true to the cause of the case, she works with the guys to bring down the killer. Caught up in the world of movies, actors, actresses, and Hollywood, the trio finds that it really is the land of make believe - but murder is still the real thing.

Don Bruns is an award-winning novelist, songwriter, musician and advertising executive, who lives in South Florida. He is also the author of Stuff to Spy For, Stuff Dreams Are Made Of, Stuff To Die For, Bahama Burnout, St. Barts Breakdown, South Beach Shakedown, BarbadosHeat and Jamaica Blue.
Loading...
or
Not Currently Available for Direct Purchase