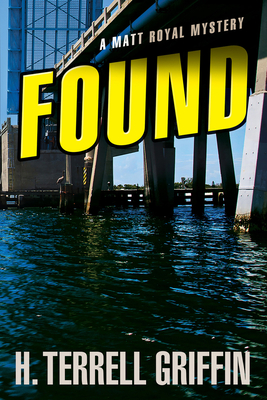 The quiet of Longboat Key, Florida, is shattered when an old man is shot to death and his murderer is killed while fleeing the police. Strange documents in German and Arabic are found in the killer's car, then an old friend of the murdered man disappears.

The island's only detective, Jennifer Diane (J.D.) Duncan receives a text message with a picture taken that morning of a college friend whom she thought was dead. Matt Royal and J.D. are pursued by men who would do them harm, and Matt's best friend, Jock Algren, a shadowy operative of the U.S. government's most secretive intelligence agency, comes to visit the island.

As the mystery deepens, a ragtag group of devious and dangerous characters intrudes on the lives of the islanders, creating a kind of havoc unusual for a sun-splashed island full of retirees and beach bums.

Matt, J.D., and Jock rush to find the answer to why one old man was killed and another disappeared, the meaning of the photo sent to J.D. of her almost surely dead college friend, and why somebody is trying to kill them.

Perfect for fans of Robert Parker and John Sanford

“Take a tough female cop, a witty and charming retired lawyer, toss in a host of quirky Floridians, and, oh yeah, a murder that on the surface makes no sense, and you have Griffin’s Found.” —D. P. Lyle, Macavity Award-winning and best-selling author

H. Terrell Griffin, a former trial lawyer and soldier, is the award-winning and best-selling author of the Matt Royal Mystery Series set on the Florida Gulf Coast island of Longboat Key, and Vindication, set in The Villages of Central Florida. His novels have repeatedly been compared to John D. MacDonald for their setting, character, and style. Found joins the Longboat Key series of Blood Island, Wyatt’s Revenge, Bitter Legacy, Collateral Damage, Fatal Decree, Chasing Justice, and Mortal Dilemma.
Loading...
or
Not Currently Available for Direct Purchase