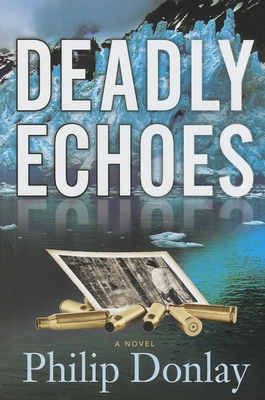 Donovan Nash is a man under siege, and this time it's personal. Eco-Watch, the premier scientific research organization he founded, is being blamed for a series of violent eco-atrocities that ignite protests around the world. Behind the attacks is Garrick Pearce, a man from Donovan's past, who is bent on a ruthless vendetta. Garrick has promised that after he annihilates Eco-Watch, he'll murder everyone close to Nash.

Recoiling from the damage, Donovan enlists the help of Erica, a woman who claims she has information Donovan needs, but her knowledge makes her a marked woman. Running from trained killers, the FBI and even his own organization, Donovan races from Southern California to British Columbia, then finally to Alaska where he joins Eco-Watch personnel and desperately tries to stop what promises to be the worst eco-atrocity in history.

With his world in tatters and everything he built seemingly destroyed, Donovan is forced to make one last desperate gamble to stop Garrick and silence the man forever—a roll of the dice that may very well cost Nash his life.

Perfect for fans of Grant Blackwood and Mark Greaney

“Fans of Michael Crichton will not want to miss Deadly Echoes. Well-researched and supremely entertaining, Philip Donlay has knocked this one out of the park!” —Ward Larsen, USA Today best-selling author

“Fans of political thrillers and military fiction, especially those dealing with the aerospace industry, will devour this.” —Booklist

Best-selling author Philip Donlay has been a flight instructor, flown a private jet for a Saudi prince, and a corporate jet for a Fortune 500 company. His travels have taken him to over forty countries on five continents. He divides his time between Montana and the Pacific Northwest. Deadly Echoes is his fourth thriller in the Donovan Nash Series following Category Five, Code Black, and Zero Separation, and preceding Aftershock, Pegasus Down, Seconds to Midnight and Speed the Dawn.
Loading...
or
Not Currently Available for Direct Purchase