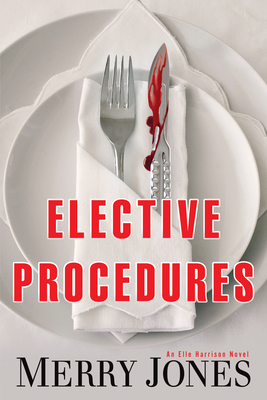 Elle Harrison is back! She and her pals Jen, Becky, and Susan travel to Mexico where Jen has arranged cosmetic surgery, after which she will recover in a plush hotel suite. But more is going on at the hotel than tummy tucks. Soon after they arrive, Elle sees the woman in the suite next door fall from her sixth floor balcony. When the room is later occupied by another patient, Elle finds her brutally mutilated body on that same balcony. Police question Elle as the last person to see these women alive. Their doctor also takes an interest in Elle; a woman staying at the hotel asks Elle to help her fend off a creepy stalker; a veiled woman sneaks into Elle's suite at night, and her late husband, Charlie, reappears (or Elle imagines that he does) when Elle gets pushed under water in the ocean and nearly drowns. As dangers swirl and intensify, Elle is forced to face her unresolved issues with Charlie, even as she races to find the connections between killings before more patients-including Jen-can be murdered. And before she herself becomes prey.

Merry Jones is a versatile author, having written suspense novels, thrillers, mysteries, humor and non-fiction. Jones lives outside of Philadelphia where she teaches creative writing, belongs to many writing organizations including the Philadelphia Liars Club, and sculls on the Schuylkill River.
Loading...
or support indie stores by buying on