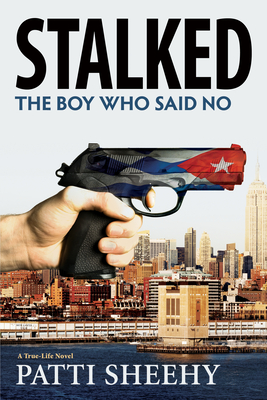 The Boy Who Said No: A True-Life Novel

Patti Sheehy continues Frank Mederos's true-life story of romance, suspense, and intrigue in The Boy Who Said No: An Escape to Freedom.  After defecting from Cuba's Special Forces and making a harrowing escape from his homeland, Frank faces new challenges in America.   With five dollars in his pocket and a boatload of determination, he rejects an offer to join the CIA and takes his chances on achieving the American dream.  Frank and his sweetheart, Magda, want nothing more than marriage, children, and a nice life for themselves.  Frank dreams of celebrating milestone anniversaries with Magda, but his dreams are dashed.   Instead, the couple faces a challenge neither of them could ever imagine.  Meanwhile, sinister forces in Cuba plan to avenge Frank's escape.   Can Frank outwit Cuban operatives bent on killing him?  Will he again overcome the forces of evil?  A tale of tender love, devastating loss, and the life-saving power of friendship.

Praise For Stalked: The Boy Who Said No: A True-Life Novel…

“Stalked: The Boy Who Said No, by Patti Sheehy, is filled with drama, intrigue, and passion as a Cuban refugee fights to make a life in the United States after escaping the Cuban military to reunite with the love of his life. Set in the 1970s, this tragic love story pulls at the heartstrings and asks difficult questions about fate…a great novel and could be enjoyed by anyone looking for a historical read.” — Foreword Reviews

“This novel is not only a story about a deadly enemy only a few miles from our shores but also a testimonial to what lengths people will go to become free.” — Library Journal

“This is a very moving, fictionalized version of a true story that will pull the reader into Frank’s courageous and dangerous tale. This is certainly a thrilling history lesson that you won’t soon forget, as audiences cheer for the boy who faced Fidel and said, ‘No!’” — Suspense Magazine

Patti Sheehy, a former marketing executive, lives with her husband, Robert Hunter in Haddon Heights, NJ. Sheehy's award-winning novel, The Boy Who Said No: An Escape to Freedom, was her first historical novel, based on the early life of Frank Mederos. In Stalked: The Boy Who Said No, Frank's heroic story continues.
Loading...
or
Not Currently Available for Direct Purchase