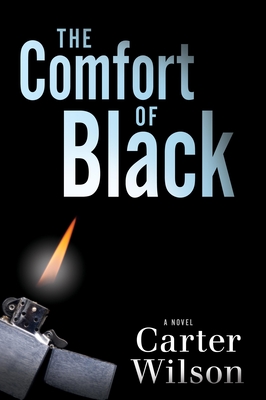 The Comfort of Black

Winner of the International Book Award

Winner of the Colorado Book Award


Though they seem to have everything, Hannah Parks has watched her husband, Dallin, become increasingly distant. Her hope is buoyed when the couple decides to start a family, but what Dallin reveals in his sleep one night rocks Hannah to her core.

As she starts to investigate a much darker side of Dallin than she ever knew existed, Hannah peels away the layers of a diseased relationship closely tied to her own abusive past. When Dallin attempts to have Hannah abducted, she is forced to run, doing so with the aid of a man named Black—an ex-con and expert at helping people disappear.

Together they must keep Hannah safe from her husband's far-reaching grasp, all the while trying to solve the mystery behind Dallin's sudden violence. Does Hannah's dark family history hold the key to her survival?

Praise For The Comfort of Black: A Novel…

* “Wilson's third novel [The Comfort of Black] takes off at breakneck speed and doesn't stop until its jolting conclusion. Gritty, unflinching, and sometimes violent, this thriller is reminiscent of Gillian Flynn's Gone Girl and the television series The Equalizer.” —Library Journal (Starred Review)

* “Carter is extremely good at creating a series of shattering, Philip K. Dickian revelations that would rock anyone’s personal security.” —Publishers Weekly (Starred Review)“From the very first shocking, irreverent and chilling line you know The Comfort of Black is anything but your average thriller. It's an exemplary thriller. A knock-your-socks-off- thriller.” —M.J. Rose, New York Times best-selling author

“Wilson is right up there—if not beyond—James Patterson and Stephen King. The Comfort of Black is edgy, completely absorbing, and a definite must read by all.” —The U.S. Review of Books

“This is a sledgehammer of a novel, slamming away at the foundations of modern cult religions until nothing is left but rubble to be carted away.” —Booklist

“Revelation is an exquisite story of psychological control and suspense that is both thought-provoking and visceral in its impact, and it will keep you awake far into the night.” —The Oklahoman

Carter Wilson is the USA Today and #1 Denver Post best-selling author of psychological thrillers. A four-time winner of the Colorado Book Award, he has received numerous awards for his novels and multiple starred reviews in Publishers Weekly and Library Journal. The Comfort of Black is his third novel, followed by Revelation and preceded by The Boy in the Woods and Final Crossing. Carter lives in Colorado with his two children.
Loading...
or
Not Currently Available for Direct Purchase