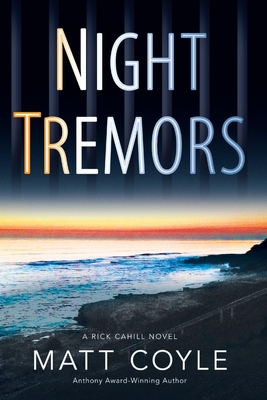 Nightmares of the man he killed two years ago still chase Rick Cahill through his sleep. The memory of his murdered wife haunts him during waking hours. His private investigative work, secretly photographing adulterers, paid for his new house but stains his soul.

When an old nemesis asks for his help to free a man from prison, a man he thinks is wrongly convicted of murder, Rick grabs at the chance to turn his life around. His investigation takes him from the wealthy enclave of La Jolla to the dark underbelly of San Diego. His quest fractures his friendship with his mentor, endangers his steady job, and draws the contempt of the Police Chief who has tried to put Rick behind bars forever.

With the police on one side of the law and a vicious biker gang on the other, all trying to stop him from freeing the man in prison, Rick risks his life to uncover the truth that only the real killer knows—what happened one bloody night eight years earlier.

Perfect for fans of David Baldacci

“A terrific new take on classic noir! A P.I. with a conscience grapples with his past, then plots his own brand of justice in Matt Coyle's well-written, twisty and surprising page-turner.” —Hank Phillippi Ryan, Agatha, Anthony, Macavity, and Mary Higgins Clark Award-winning author

“Matt Coyle has expanded his substantial talents in Night Tremors, his second mystery. This book matches the quality of Coyle's impressive debut, Yesterday’s Echo, and then some. Tight, smart and surprising, Night Tremors, breathes fresh life into the PI tradition and entertains us all the way.” —T. Jefferson Parker, New York Times best-selling and three-time Edgar Award winning author

“There are plenty of pretenders to Dashiell Hammett’s legacy, but Matt Coyle nails it in his latest. Night Tremors is dark, devious and thoroughly disarming, breathing new life into the hardboiled P.I. genre. Sam Spade would raise a glass of whiskey in appreciation.” —Hilary Davidson, Anthony and Crimespree Award-winning author

Matt Coyle is the best-selling author of the Rick Cahill PI Crime Series. Night Tremors is the second in the series and was a finalist for the Anthony, the Shamus, and the Lefty Award. He has won the Anthony, the Lefty, and the San Diego Book Awards, and his novels have been nominated for numerous Macavity, Shamus, and Lefty Awards. Matt is a graduate of UC Santa Barbara and lives in San Diego with his yellow Lab, Angus.
Loading...
or
Not Currently Available for Direct Purchase