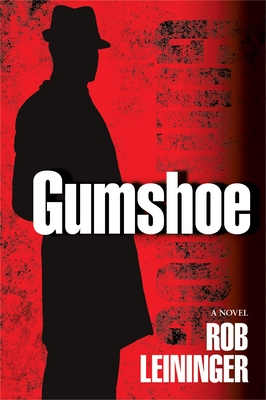 For nine long days, the mayor and district attorney of Reno, Nevada, have been missing. Vanished without a trace. Their vehicles were found parked side-by-side at Reno-Tahoe International Airport.

Did they fly somewhere together? They aren’t on any flight manifest. Did the two of them take off with a big pile of the city’s money? If so, the city accountants can’t find it. Were they murdered? There’s no sign of foul play. Their disappearances have finally made national news.

Enter Mortimer Angel, who’d just quit a thankless job as an IRS agent. Mort is Reno’s newest gumshoe, a private-eye-in-training at his nephew’s detective agency. Just four hours into his new career, Mort finds the mayor—make that, the mayor’s head—in the trunk of Mort’s ex-wife’s Mercedes.

The news-hungry media speculates: Did Mort kill the mayor? Did Mort’s ex? As events begin to spin out of control, Mort realizes things have been out of control since the night before he started his new career, the night he found the unknown naked blonde in his bed.

“Outstanding! From its opening line to its satisfying denouement, Rob Leininger's Gumshoe in the Dark is a tightly plotted, deftly executed, wickedly funny, and wildly entertaining story. Find a comfortable chair and enjoy a ride through the backroads of Nevada.” —Sheldon Siegel, New York Times best-selling author

“Readers who loved Robert B. Parker’s Spenser or Matt Goldman’s Nils Shapiro will appreciate the humor and investigative work in this outstanding example of the PI novel.” —Library Journal (Starred Review)

“Gumshoe Rock is a knock-your-socks-off mystery with a healthy dose of graveyard humor.” —Foreword Reviews

“Fans of Travis McGee hungry for red-meat private-eye adventure will tune out the mystery and focus on the hero’s effortlessly self-confident sex appeal, superhuman physical strength, and nice way with dialogue.” —Kirkus Reviews

“Once this novel is picked up, the reader will be reluctant to put it down . . . bring on the next adventure, Mr. Leininger. We’ll be waiting!” ―New York Journal of Books

USA Today best-selling author Rob Leininger grew up in California prior to joining the Navy. Leininger served aboard heavy cruisers during the Vietnam War and also at McMurdo Station in Antarctica. He received a mechanical engineering degree from the University of Nevada, Reno, and worked on Trident missiles for Hercules, and “black” defense projects for Northrop Corp.

Gumshoe is the first novel in Leininger’s Gumshoe Series, featuring PI Mortimer Angel. Gumshoe was nominated for the Shamus Award for Best PI Novel and was a finalist for the Foreword Book of the Year Award. Gumshoe for Two, Gumshoe on the Loose, Gumshoe Rock, and Gumshoe in the Dark follow in the series. Leininger lives with his wife in northwest Montana.