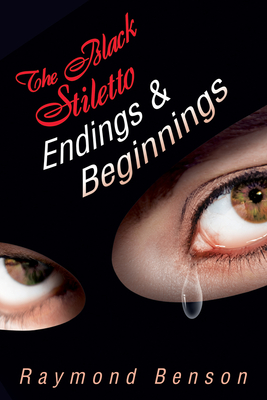 The past and the present meet as two shattering climaxes converge

Raymond Benson’s The Black Stiletto: Endings & Beginnings is the startling, climactic finale to the five-book, critically acclaimed saga of The Black Stiletto. It’s 1962. Judy Cooper, the Black Stiletto, is devastated at the betrayal by her nemesis and former lover, mobster Leo Kelly. Additionally, Leo and his psychotically dangerous sister, Christina, have set out to ruin the Stiletto’s reputation in L.A. with a series of crimes that are made to appear as if the crime-fighter is responsible.

The very pregnant Judy must fight back only with her wits and cunning—until disaster strikes and she is forced to flee to her old hometown in Texas for the final showdown with destiny. Meanwhile, in the present, the Alzheimer’s that afflicts elderly Judy is in its last stage, but her son and granddaughter, Martin and Gina, must continue to protect her from the past’s last remaining assault, culminating in a cathartic and explosive conclusion.

“Benson wraps up this five-book series in grand style with a satisfying climax, but as the title and final pages suggest, this may not be the end of the Black Stiletto. Escapist entertainment tinged with melancholy.” —Booklist


“Benson has created one of the most original heroines I’ve read in a long time. Adventure and suspense made this book a rollicking good read. But the story is about much more than simply the evolution and escapades of The Black Stiletto. It’s about relationships and just how well we know—or not—even the people we love most.” —Sandra Brown, New York Times best-selling author


“Benson moves effortlessly from 1961 to the present and back, and gives readers a cultural look at life during the '60s. His cast of characters is outstanding, including the supporting cast.” —Mystery Scene