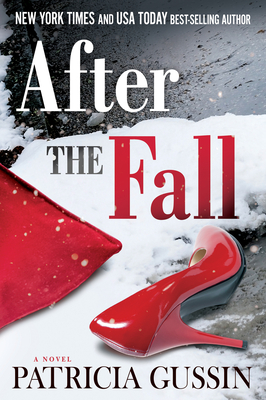 After the Fall (Laura Nelson series #4)

Winner of the Florida Book Award

After a Fall on the Ice and the End of her Surgical Career, Laura Nelson Lands in the Halls of the FDA and the Inner Sanctum of Iraq’s Bioweapon Program


A tragic accident ends Laura Nelson’s career as a surgeon. After accepting a position as Vice President for Research in a large pharmaceutical company, Laura works to finalize the imminent approval of the company’s groundbreaking new drug.

But Jake Harter, a malicious Food and Drug Administration employee, cannot let that happen. He is obsessed with Adawia Abdul, the beautiful Iraqi scientist who discovered the drug. As soon as the drug is approved, Adawia will collect a substantial bonus and reluctantly return to replace her dying father, the lead scientist in Saddam Hussein’s bioweapon program.

As Hussein’s henchmen apply brutal pressure to assure Dr. Abdul’s speedy return to Iraq, Harter uses his influence to stall the drug’s approval. If Laura gets in his way, he will eliminate her as he has her predecessor and his own wife.

Perfect for fans of Robin Cook and Tess Gerritsen

Praise For After the Fall (Laura Nelson series #4)…

“An action-packed medical thriller . . . Gussin uses her experience as a surgeon and medical researcher to create a complex, realistic story that will appeal to readers with a taste for thrillers centering on science and politics.” —Booklist

“In the end, readers will have nothing but admiration for Dr. Laura Nelson. Gussin has done it again: provided a thoroughly satisfying formula of character, action, science, emotion and danger.” —Florida Weekly

Patricia Gussin is a New York Times and USA Today best-selling author who is also Board Certified in Family Medicine and has had a career as an executive in the pharmaceutical industry. Her award-winning novels tell the stories of normal people under extraordinary stress. The choices they make. The consequences that follow. The process of endurance and recovery. Shadow of Death, nominated best first novel by International Thriller Writers, is followed by Twisted Justice, Weapon of Choice, and After the Fall. They comprise Medicine and Mayhem: The Dr. Laura Nelson Files. Her standalone thrillers include And Then There Was One, The Test, and Come Home.
Loading...
or
Not Currently Available for Direct Purchase