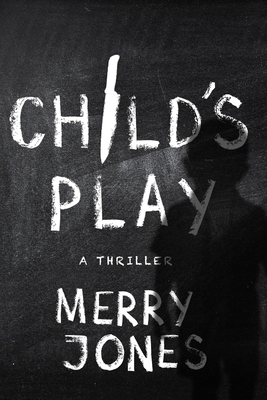 Since her husband’s murder two years earlier, life hasn’t been easy for Elle Harrison. Now, at the start of a new school year, the second grade teacher is determined to move on. She’s selling her house and delving into new experiences—like learning trapeze.

Just before the first day of school, Elle learns that a former student, Ty Evans, has been released from juvenile detention where he served time for killing his abusive father. Within days of his release, Elle’s school principal, who’d tormented Ty as a child, is brutally murdered. So is a teacher at the school. And Ty’s former girlfriend. All the victims have links to Ty.

Ty’s younger brother, Seth, is in Elle’s class. When Seth shows up at school beaten and bruised, Elle reports the abuse, and authorities remove Seth and his older sister, Katie, from their home. Is Ty the abuser?

Ty seeks Elle out, confiding that she’s the only adult he’s ever trusted. She tries to be open-minded, even wonders if he’s been wrongly condemned. But when she’s assaulted in the night, she suspects that Ty is her attacker. Is he a serial killer? Is she his next intended victim?

Before Elle discovers the truth, she’s caught in a deadly trap that challenges her deepest convictions about guilt and innocence, childhood and family. Pushed to her limits, she’s forced to face her fears and apply new skills in a deadly fight to survive.

Merry Jones is a versatile author, having written suspense novels, thrillers, mysteries, humor and non-fiction. Jones lives outside of Philadelphia where she teaches creative writing, belongs to many writing organizations including the Philadelphia Liars Club, and sculls on the Schuylkill River.
Loading...
or
Not Currently Available for Direct Purchase