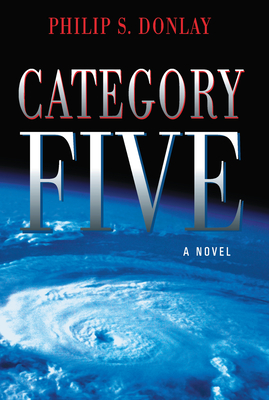 In the Atlantic Ocean, Hurricane Helena is gathering strength, becoming the most powerful storm in recorded history. As Helena bears down on Bermuda, Donovan Nash, along with other members of the scientific research organization Eco-Watch, are called to fly in and extract key government people who have been studying Helena.

For Donovan, the routine mission turns deadly when an attempt is made on the life of the lead scientist. A woman from the past, Dr. Lauren McKenna, is suddenly thrust back into his life. With 300 mph winds and waves over 90 feet, Helena marches relentlessly for the vulnerable east coast of the United States.

In a bold attempt to diffuse the power of the hurricane, Eco-Watch is called upon to conduct a final flight above the massive fury, where the jet suffers a catastrophic engine failure. Now the only option is to maneuver the crippled airplane into the calm of Helena's eye.

Perfect for fans of Vince Flynn and Daniel Silva

“Well researched and supremely entertaining, Philip Donlay has knocked this one out of the park!” —Ward Larsen, USA Today best-selling author

“A timely and terrifying roller-coaster ride depicting the realities of the post-9/11 world. Deftly plotted and expertly executed by a gifted writer who also happens to be a licensed pilot.” —Sheldon Siegel, New York Times best-selling author

Best-selling author Philip Donlay has been a flight instructor, flown a private jet for a Saudi prince, and a corporate jet for a Fortune 500 company. His travels have taken him to over forty countries on five continents. He divides his time between Montana and the Pacific Northwest. Category Five is the first thriller in his Donovan Nash Series and is followed by Code Black, Zero Separation, Deadly Echoes, Aftershock, Pegasus Down, Seconds to Midnight, and Speed the Dawn.
Loading...
or support indie stores by buying on