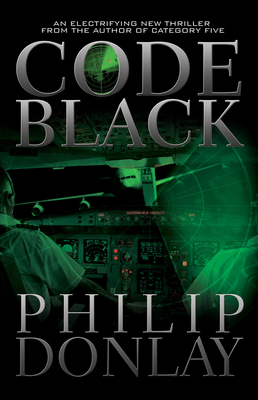 As a blizzard bears down on Chicago's O'Hare airport, a critical air traffic control facility is shut down by a grisly accident. When the radar comes back up, two planes have collided. Wayfarer flight 880—half the roof ripped away—flies on. Seated amid dead and dying passengers is Donovan Nash, a pilot who fights decompression and oxygen deprivation to make it to the shattered cockpit. With the help of Audrey Parrish—a woman from his concealed past—and a handful of survivors, Donovan struggles to keep the 737 airborne. Dr. Lauren McKenna waits for Donovan, her fiancé, to arrive only to hear that something has gone awry with the flight. Lauren must convince Henry Parrish, an unlikely ally, to help her save the man she loves. Together, Lauren and Henry have to stay one step ahead of the airline, as well as heightened security, to execute a daring rescue to save Donovan and the others on flight 880.

Philip Donlay learned to fly at age seventeen and was first published at eighteen. In the aviation world, success came quickly and he's been flying jets since he was twenty years old. Whether flying a Saudi sheik, nighttime freight, or executives of a Fortune 500 company, Donlay has logged over six million miles while spanning the globe. Donlay burst onto the literary scene in 2004 with the publication of his first novel, Category Five, followed by Code Black,Zero Separation,Deadly Echoes,Aftershock and PegasusDown. He is an avid fly fisherman and divides his time between Montana and the Pacific Northwest.