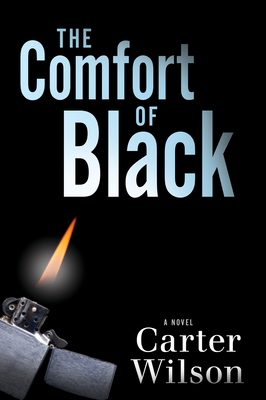 The Comfort of Black

Winner of the 2016 National Indie Excellence Award for Suspense

Winner of the 2016 Colorado Book Award

Though they seem to have everything, Hannah Parks has watched her husband, Dallin, become increasingly distant. Her hope is buoyed when the couple decides to start a family, but what Dallin reveals in his sleep one night rocks Hannah to her core. As she starts to investigate a much darker side of Dallin than she ever knew existed, Hannah peels away the layers of a diseased relationship closely tied to her own abusive past. When Dallin attempts to have Hannah abducted, she is forced to run, doing so with the aid of a man named Black—an ex-con and expert at helping people disappear. Together they must keep Hannah safe from her husband's far-reaching grasp, all the while trying to solve the mystery behind Dallin's sudden violence.  Does Hannah's dark family history hold the key to her survival?


Praise For The Comfort of Black: A Novel…

"Hannah Parks, the heroine of Carter’s outstanding paranoid thriller, is the tightly wrapped and semi-alcoholic but nevertheless determinedly happy wife of Dallin, a rising Seattle Internet-security entrepreneur—until Dallin mutters words in his sleep that suggest he’s a sadistic murderer. Then everything falls apart. None of the certainties in Hannah’s life can be trusted: all the people around her are potential traitors, and she isn’t safe anywhere. She even suspects that the personable and ultracompetent man who calls himself Black may have come to her rescue a bit too conveniently. Hannah’s brutal childhood makes her believably vulnerable, and Carter (The Boy in the Woods) is extremely good at creating a series of shattering, Philip K. Dickian revelations that would rock anyone’s personal security. The explanation for all the devious plotting, perhaps inevitably, is somewhat anticlimactic, but readers still will be absorbed by Hannah’s struggle to understand what has been done to her and to re-create a sane life." — Publishers Weekly - Starred Review

USA Today best-selling and award-winning author Carter Wilson was born in New Mexico and grew up in Los Angeles before attending Cornell University. As a consultant and frequent lecturer, has journeyed the globe both for work and pleasure, and as a volunteer for Habitat for Humanity. Revelation is Wilson’s fourth novel. He lives in Colorado with his two children.