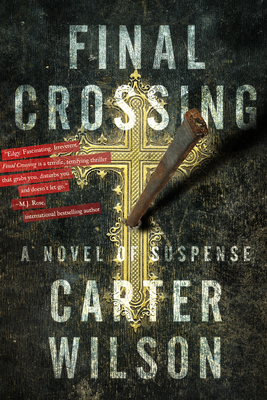 Rudiger doesn't kill because he wants to. He kills because he needs to. When the sadistic Preacherman stole the last bit of Rudiger's already troubled childhood soul, Rudiger lost himself forever. He has committed atrocities even he cannot explain in his quest for the End of Days, a release from his pain by finding and crucifying The One.

USA Today best-selling and award-winning author Carter Wilson was born in New Mexico and grew up in Los Angeles before attending Cornell University. As a consultant and frequent lecturer, has journeyed the globe both for work and pleasure, and as a volunteer for Habitat for Humanity. Revelation is Wilson’s fourth novel. He lives in Colorado with his two children.