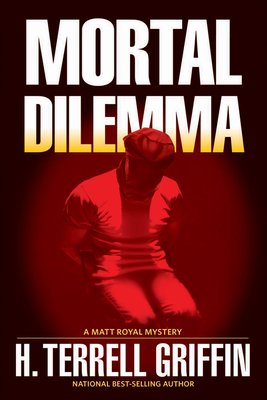 Matt Royal meets the meanest man he has ever faced

Jock Algren arrives on Longboat Key in a state of depression and hopelessness. His most recent mission for his secretive U.S. government intelligence agency has been disastrous, and his friends Matt Royal and J.D. Duncan aren’t sure they’ll be able to pull him out of his despair—then the bad guys show up and danger erupts on all fronts.

J.D., a Longboat Key detective, is investigating a cold case when the brother of the victim shows up on the island and complicates the investigation. A grizzled sailor—described by Matt as “the meanest man I’d ever known”—brings his boat into a local marina and bodies begin to accumulate.

A Middle East jihadist intent on revenge locks on to Jock’s clandestine past, bringing a deadly chase to the last outpost in the continental U.S.—Key West.

Three prongs of evil descend, clashing violently. How could all this malice be interconnected?

For fans of David Baldacci and John Grisham

“The action is fast paced, the characters dynamic, and the Key West, FL, setting adds a colorful backdrop to this edge-of-your-seat story. Highly recommended for thriller fans who enjoy the works of David Baldacci.” —Library Journal (Starred Review)

“Loose threads are woven into a tapestry of bloody violence but, predictably, Matt Royal prevails and stomps a few metaphoric roaches into oblivion. And ‘It just don’t get no better than this.’” —Bookreporter

“Welcome to the world of Matt Royal, the fun-loving beach bum lawyer who is as tough and smart as any character in modern American fiction.” ―Randy Wayne White, New York Times best-selling autho

H. Terrell Griffin, a former trial lawyer and soldier, is the award-winning and best-selling author of the Matt Royal Mystery Series set on the Florida Gulf Coast island of Longboat Key, and Vindication, set in The Villages of Central Florida. His novels have repeatedly been compared to John D. MacDonald for their setting, character, and style. Mortal Dilemma follows Blood Island, Wyatt’s Revenge, Bitter Legacy, Collateral Damage, Fatal Decree, Found, and Chasing Justice.
Loading...
or
Not Currently Available for Direct Purchase