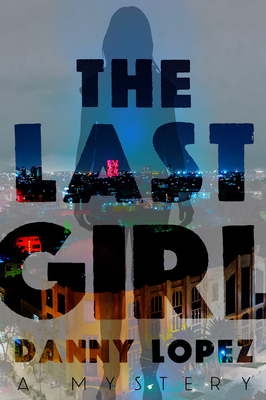 After being laid off from his job as a newspaper reporter in a coastal Florida town, Dexter Vega meets a wealthy retiree who hires him to find his daughter who is supposed to be attending the local college. When Vega visits his client to inform him that his daughter is in Mexico, he discovers the man has been murdered. And Vega’s prints are all over the murder weapon.As the police build a case against him, Vega flies to Mexico City to locate his client’s daughter, hoping she will help him find the murderer and thus clear his name. But when he finds the woman, she tells him a very different story—nothing is as it seems. Beaten by thugs and ordered to leave Mexico, Vega returns home to find himself immersed in a web of blackmail, greed, and revenge. Still pursued by the cops, but now a target of evil predators.

“The Last Girl is a boozy, hardboiled trek through the sun drenched streets of Sarasota Florida to the darkened jungles of Mexico where everyone's playing an angle. A wild ride!” — Matt Coyle, Anthony Award-winning author of the Rick Cahill crime novels

“Danny Lopez’s novel about an out- of -work journalist drawn into a missing person’s case hits all the right notes. The Last Girl is a fast and fun read.” — James O Born, best-selling author

“The Last Girl features a masterful mix of murder; mystery, and mayhem as hot as its tropical settings. Danny Lopez's turn at postmodern noir evokes the very best from the likes of Elmore Leonard, Sandra Brown, and Don Winslow. This is crime writing at its level best, a twisty, turny tale that's smart, sexy, and sensational.” — Jon Land, USA Today bestselling author of Strong to the Bone

“Noir comes to Sarasota, makes a brief and lovely stopover in Mexico City, and reaches its stunning climax in the small city on the Gulf of Mexico where it all began. If you like meaty dialogue, a cynical protagonist, a messy investigation with ever surprising twists and turns, corrupt cops and lawyers, a hint of sex and love, and an ending you won’t see coming, this is the book for you. A gangbuster debut for an outstanding writer.” — H. Terrell Griffin, award-winning author of the national bestselling Matt Royal series

"The Last Girl is a fascinating tale, mixing murder and beat-downs with a dose of environmental science." — Mystery Scene Magazine

“The Last Girl… not only provides a good story but also brings the problem of endangered species to the forefront… The Last Girl is the first in what I hope will become a series.” — BookLoons

“The Last Girl is the well-written debut of newcomer Danny Lopez. The prose is lovely and the descriptions of the surroundings are wonderful. This tale has an unhurried and relaxed feel that readers will enjoy.” — InD’Tale Magazine

“The Last Girl is an original and riveting novel from beginning to end…unreservedly and enthusiastically recommended.” — Midwest Book Review

Danny Lopez is a pen name. The author was raised in Mexico, Texas, and Florida. He worked numerous menial jobs before becoming a photojournalist, which allowed him to travel around the U.S., Mexico and the Caribbean and meet many of the characters that populate his stories. When he finally decided to get serious about writing, he went back to college and got an MFA in creative writing. The Last Girl is his first Dexter Vega novel.
Loading...
or support indie stores by buying on