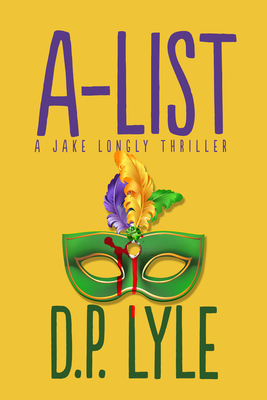 Nothing is easy in The Big Easy

PI Jake Longly and Nicole Jamison head to New Orleans at the behest of Nicole’s uncle, movie producer Charles Balfour, when his megastar, A-list actor Kirk Ford, awakens in his hotel bed with the body of Kristi Guidry, a local college coed.

Ford, in the Big Easy for a location shoot, remembers little of the evening and nothing of the murder. And, to make matters worse, Kristi is the niece of a local mafioso-type who will do whatever is necessary to avenge her death. Balfour is losing money every day the filming is stalled—he needs his actor cleared, and quickly.

Surrounded by glitzy Hollywood stars and intimidated by seedy underworld characters, Jake and Nicole encounter nothing but obstacles. Something isn’t right. The facts don’t fit. Who would want Kristi dead? Why frame Kirk for the murder? Everyone has an opinion, including Kristi’s friends and ex-boyfriend, the local homicide detectives, and a fortune-teller.

The clock is ticking as Jake and Nicole struggle to decipher who’s lying, who’s telling the truth, and exactly who schemed to murder Kristi Guidry.

“Former baseball player turned P.I. Jake Longly is back on the trail in A-List. A rollicking thrill ride through the mean streets and tasty restaurants of New Orleans. Murder, mobbed-up bad guys, Hollywood heartthrobs, and laughs! What more could you want?” —Matt Coyle, Anthony and Shamus Award-winning author

“D. P. Lyle returns in superb form in Deep Six. Smart, wickedly funny, expertly constructed and deftly executed, Lyle is at the top of his game as he takes his readers on a romp on the Gulf Coast that goes down as smoothly as a cold beer on a hot day at a bar next to the beach.” —Sheldon Siegel, New York Times best-selling author

“Jake Longly is a character who would be right at home in the pages of novels by Carl Hiaasen, Elmore Leonard, or Tim Dorsey, but he’s also a true original—smart, funny and self-aware—someone you’d love to grab a beer with, assuming he doesn’t get killed first.” —Tim Maleeny, best-selling author

D. P. Lyle is the award-winning author of both fiction and nonfiction books. A-List is the second in his best-selling Jake Longly Thriller Series, following Deep Six and followed by Sunshine State, Rigged, and The OC. Earlier books in the series were finalists for the Shamus Award, Foreword INDIES Book of the Year Award, the USA Best Book Award, and were included on Suspense Magazine Best Books list. Lyle has authored 18 books, been a consultant to numerous novelists and screenwriters of popular TV shows, served as co-host of Crime and Science Radio, and currently hosts the Criminal Mischief podcast series. He lives in Orange County, California.
Loading...
or
Not Currently Available for Direct Purchase