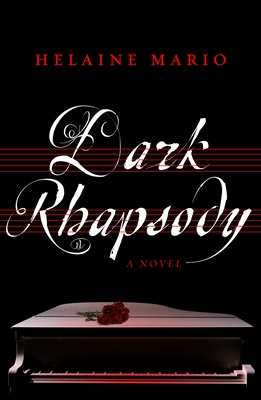 Perfect for fans of Sandra Brown and Iris Johannsen.

In 1945, an Austrian girl discovers a priceless Nazi treasure near a remote alpine lake and sets in motion a decades-old secret that will change lives for generations to come.

Many years later, classical pianist Maggie O’Shea is preparing her return to the world of music. Instead, a nightmare of a haunting rhapsody and hundreds of roses from a deranged stalker propel her into a world of terror. Forces drive her to revisit the mystery of her mother’s death, her father’s startling disappearance, and a terrible secret from World War II. Maggie finds herself on a collision course with a brutal, disfigured killer who threatens those she holds dear—an aging pianist with a long-buried secret, a haunted cellist, a charismatic Maestro, and the crusty retired colonel she has come to love.


Chord by chord, Rachmaninoff's Rhapsody becomes the heart of this story of profound loss, courage and love. Music tells our stories ...

"From Manhattan and Washington to Vienna and Salzburg, Dark Rhapsody by Helaine Mario takes the reader on a suspense-rich journey into a violent collision of the worlds of lost art, famous musicians, and international politics. Mario writes with the soul of poet, painting her characters and scenes with deft touches of insight and wit. Her heroine, Maggie O’Shea, will burrow into your heart. Dark Rhapsody is that rare novel—a story that’s a page-turner and a deeply felt character study.” — Gayle Lynds, New York Times best-selling author

“As much about art as music, [Dark Rhapsody] reveals the transformative power of both.” — Library Journal

“Romantic suspense fans will find much to like.” — Publishers Weekly

“Mario hooks you with layers of mysteries almost completely enough to overcome the sentimentality seeping out between perils.” — Kirkus Reviews

“Dark Rhapsody by Helaine Mario is a book not to be missed. My only complaint is that it ended! I wanted this marvelous work to go on and on.” — BookLoons

Best-selling author Helaine Mario grew up in New York City and is a graduate of Boston University. A passionate advocate for women's and children's issues, she has served on many nonprofit boards while residing in Washington, DC. Her first Maggie O'Shea mystery, The Lost Concerto, won the Benjamin Franklin Award Silver Medal. Dark Rhapsody is her third novel. Helaine and her husband, Ron, live in Arlington, Virginia.