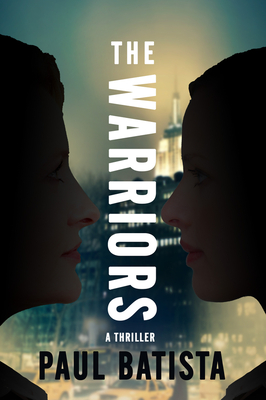 Legendary defense attorney Raquel Rematti represents a presidential candidate—and former First Lady of an ISIS-assassinated President—Senator Angelina Baldesteri in the most watched and explosive trial of the 21st Century. The Senator, a Democrat, sees it as a vendetta show trial orchestrated by the current Republican U.S. President, his Republican Attorney General, and an ambitious Republican United States Attorney in Manhattan.

At the trial, a year before the election, the Senator faces charges of election fraud, tax evasion, and money laundering; each of which could deem her unfit for office and all but remove her from the Presidential race.

As the dramatic trial unfolds, Raquel steadily realizes that the Senator has a hidden trail of lies which she has fought hard to keep from the light of day including a series of complicated and illicit connections. As Raquel’s complex, conflicted relationship with her client begins to gradually endanger herself, she must decide whether to face the recurrent dangers or allow her life and the lives of those she loves to be threatened.

While The Warriors can be read as a standalone novel, here is the publication order of Paul Batista’s legal thrillers:


Praise For The Warriors (A Raquel Rematti Legal Thriller #2)…

“There are too few legal thrillers with women courtroom warriors. This page turning true to life super thriller helps to remedy this bias. Batista’s characters jump off the page. They are as real as they are fascinating.”—Alan Dershowitz, New York Times best-selling author

“Paul Batista scores 100% with his new novel, The Warriors. Two strong women locked in battle in and out of a courtroom coupled with murder, money laundering, and constant mystery. His lawyer heroine is complex and compelling. We live and breathe her triumph and terror.”—Rikki Klieman, CBS News Legal Analyst

“The Warriors is immaculately plotted, as you’d expect of such a credentialed author. So for maximum enjoyment, focus on the courtroom and crime action, and let the wild ride carry this thriller.” —New York Journal of Books

“Powerful courtroom scenes and well-drawn characters are pluses…fans of TV commentator Batista won’t want to miss this one.” —Publishers Weekly

“A real pleasure here is the literate language in the courtroom clashes, plus electric scenes stolen by diminutive, ancient judge Naomi Goldstein.” —Booklist

“Slide over John Grisham and Scott Turow and make room on your narrow bench for Paul Batista to join you as a fellow top legal thriller author.” —Killer Nashville

“Batista knows his way around Manhattan and it shows in this battle of wills, where the tension and turmoil add up to high-stakes suspense, the pages hot enough to singe your fingers.” —Steve Berry, New York Times best-selling author

“Paul Batista's provocative tale of a game-changing terrorist attack in New York City is both a superb procedural thriller and stark morality tale that asks how far are we willing to go to stay safe.” —Jon Land, USA Today best-selling author

USA Today best-selling author Paul Batista is a also a criminal defense lawyer, a TV personality, and the author of Civil RICO Practice Manual, the leading book on the federal racketeering statute. The Warriors is the fifth of his thriller novels, following Death’s Witness, Extraordinary Rendition, The Borzoi Killings, and Manhattan Lockdown. Batista is a veteran of the United States Army and lives in Sag Harbor and New York City, NY. The Warriors will be followed by Accusation.
Loading...
or
Not Currently Available for Direct Purchase