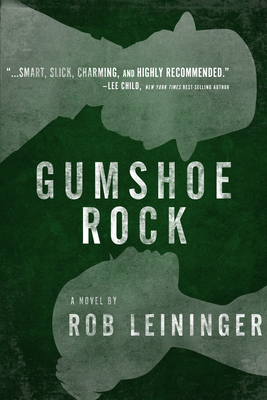 Early in July, northern Nevada’s senior Internal Revenue Service agent, Ronald Soranden—disliked by every agent in the Reno IRS office—vanished without a trace. In September, he makes a dramatic reappearance, of sorts. His skull—stripped clean and white—is dropped through the slashed top of a Mustang convertible. The vehicle belongs to Lucy Landry, PI Mortimer Angel’s gorgeous young assistant now working with him on a seemingly unrelated embezzlement case.

But Mort is a former IRS field agent in Reno. He’d done his time during the tyrannical reign of Soranden, quitting, he says, “when I discovered I have a soul.” Now that his former boss’s head has appeared, he and Lucy find them themselves under the annoying surveillance of a pair of IRS enforcement agents.

When the FBI are brought in to investigate the murder, Mort and Lucy realize shocking details about their own case—primarily Soranden’s involvement. It becomes evident that events and suspects of the embezzlement case and Soranden’s murder are heavily entangled with those enmeshed in an ugly case of blackmail. Mort and Lucy are roped tighter and tighter into the Soranden investigation while they grapple with the deadliest situation of their PI careers. Mortimer Angel has been in harrowing, lethal situations before and has suffered incalculable losses, but none more horrifying than the trap embedded in Gumshoe Rock.

The perfect mix of John Sanford and Carl Hiaasen

“Gumshoe, the first in the series, was a Shamus nominee, and the author continues to develop Mort’s character and his snappy repartee. Readers who loved Robert B. Parker’s Spenser or Matt Goldman’s Nils Shapiro will appreciate the humor and investigative work in this outstanding example of the PI novel.” —Library Journal (Starred Review)

“Gumshoe Rock is a knock-your-socks-off mystery with a healthy dose of graveyard humor.” —Foreword Reviews

“Fans of Travis McGee hungry for red-meat private-eye adventure will tune out the mystery and focus on the hero’s effortlessly self-confident sex appeal, superhuman physical strength, and nice way with dialogue.” —Kirkus Reviews

Praise for the Gumshoe series

“Outstanding! From its opening line to its satisfying denouement, Rob Leininger's Gumshoe in the Dark is a tightly plotted, deftly executed, wickedly funny, and wildly entertaining story. Find a comfortable chair and enjoy a ride through the backroads of Nevada. Highly recommended.” —Sheldon Siegel, New York Times best-selling author

“Once this novel is picked up, the reader will be reluctant to put it down . . . bring on the next adventure, Mr. Leininger. We’ll be waiting!” ―New York Journal of Books

USA Today best-selling author Rob Leininger grew up in California prior to joining the Navy. Leininger served aboard heavy cruisers during the Vietnam War and also at McMurdo Station in Antarctica. He received a mechanical engineering degree from the University of Nevada, Reno, and worked on Trident missiles for Hercules, and “black” defense projects for Northrop Corp. Gumshoe Rock is his fourth novel in the best-selling Mortimer Angel Gumshoe series, following Gumshoe, Gumshoe for Two, and Gumshoe on the Loose, followed by Gumshoe in the Dark. Leininger resides in northwest Montana.