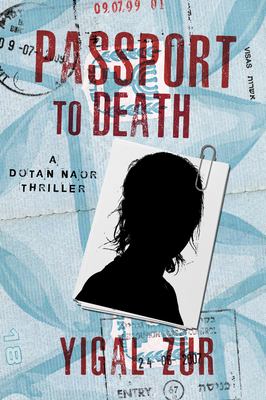 In a world of shadows, it is easy to get lost

Dotan has connections in Thailand and he’s familiar with Bangkok’s dark side—the narrow alleys with bars and hookers, trenches of stagnant water, hotel rooms with illicit activity. This is where he intends to start his search. But when the passport of the missing Israeli girl ends up in his hands during his first taxi ride in the city, he’s suspicious that someone is playing him. But who? And why?

As Dotan searches for Sigal, police corruption blocks his every path while he delves deeper. Every lead he pursues draws him closer and closer to a black hole in his “own” past—one intertwined with his pursuit of Sigal—one that leads him to Reuven—and the haunting failure that led to the dismissal of both of them from Shin Bet. The wound between Dotan and Reuven is raw and deep, but Dotan realizes it must be healed in order to save Sigal.


Praise For Passport to Death (A Dotan Naor Thriller)…

“Fans of Daniel Silva will enjoy this. [Passport to Death is] recommended for international-noir and geopolitical thriller collections.” —Booklist

“An exciting addition to the library of any fan of international noir.” —Manhattan Book Review

Praise for the Dotan Naor Series

“Dotan Naor is a character Steve McQueen would have fought to play: tough but insightful, ruthless but spiritually striving. Death in Shangri-La is a passport to a world most thriller readers haven't seen before, and it's a fascinating trip.” —Joseph Finder, New York Times best-selling author

“This one is a tug of war, with a tempest of emotion, set in some of the world’s most exotic locales. It’s raw and authentic, with finely faceted characters and a plot that never strikes a fake note. Unbeatable entertainment.” —Steve Berry, New York Times best-selling author

“On its surface, Death in Shangri-La is a whodunit, a detective tale of a man who goes to India in search of his best friend’s killer. But at its core lies a story about love, spiritual angst, and the search for inner enlightenment and understanding—with a surprising and deeply satisfying ending. Yigal Zur is a talent, and Dotan Naor is a character who deserves to return in future adventures.” —Alan Jacobson, USA Today best-selling author

“At its core, this is a powerfully told detective story set in one of the most beautiful and deadly places on earth. Yigal Zur’s new Dotan Naor series is off to a strong start with this intense, politically conscious thriller.” —Foreword Reviews

Yigal Zur is an Israeli writer, journalist, television host, and tour guide. He served in the military, spending time on the front lines in the Golan Heights during the 1973 Yom Kippur War. He is the only Israeli journalist ever to be embedded with the US Army in action during Desert Storm. Zur attended L’Ecole Internationale de Theatre Jacques Lecoq, Paris, and Beit Zvi School of Performing Arts, and he is a graduate of Tel Aviv University. He lives in Jaffa, Israel, and travels extensively. Passport to Death is the second of the Dotan Naor books to be translated from the Hebrew by Sara Kitai, following Death in Shangri-la.
Loading...
or
Not Currently Available for Direct Purchase