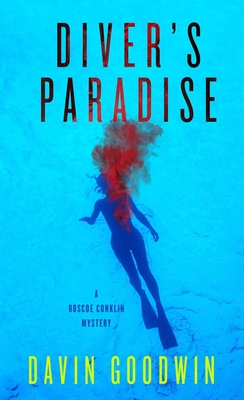 Why do people close to Roscoe Conklin keep showing up dead—and on the paradise island of Bonaire?

After 25 years on the job, Detective Roscoe Conklin trades his badge for a pair of shorts and sandals and moves to Bonaire, a small island nestled in the southern Caribbean. But the warm water, palm trees, and sunsets are derailed when his long-time police-buddy and friend back home, is murdered.

Conklin dusts off a few markers and calls his old department, trolling for information. It’s slow going. No surprise, there. After all, it’s an active investigation, and his compadres back home aren’t saying a damn thing.

He’s 2,000 miles away, living in paradise. Does he really think he can help? They suggest he go to the beach and catch some rays.

For Conklin, it’s not that simple. Outside looking in? Not him. Never has been. Never will be.

When a suspicious mishap lands his significant other, Arabella, in the hospital, the island police conduct, at best, a sluggish investigation, stonewalling progress. Conklin questions the evidence and challenges the department’s methods. Something isn’t right.

“[Diver’s Paradise is] a fun and heady combination of suspense and intrigue that appeals to the underdog in us all. It definitely delivers what readers crave.” —Steve Berry, New York Times best-selling author

“Diver’s Paradise starts off with a bang and never lets up! A fantastic Caribbean mystery that will appeal to fans of Randy Wayne White. The ultimate beach read for those for who love sun, sand, and turquoise water!” —Ward Larsen, USA Today best-selling author

“Diver’s Paradise is a fast-paced and engaging thriller that will linger long after the final page.” —D. P. Lyle, Macavity and Benjamin Franklin Award-winning author

“[Diver’s Paradise is] a dazzling debut thriller that grabs you by the throat with spell-binding action from the first page – and never slows down. Davin Goodwin has created a fascinating character in Roscoe Conklin, a retired cop living in an island paradise who can’t escape the deadly secrets from his past. Highly recommended!” —R. G. Belsky, author of the award-winning Clare Carlson series

“Diver's Paradise had me hooked from the first pages, from its opening in snowy Rockford, Illinois to the sunny beaches of an island in the Caribbean. Roscoe Conklin, or R, as he's known, is a totally likable and engaging protagonist whom I can't wait to revisit in the next one. Davin Goodwin is a major new talent.” —Michael A. Black, award-winning author of Blood Trails

“Make room at the table with Child, Grisham, and Coben. Davin Goodwin's debut novel Diver's Paradise is a stay-up-all-night page-turner in the best traditions of the American thriller.” —Renee James, author of Seven Suspects

Davin Goodwin is a man of many talents. He’s a graduate of Arkansas State University and works in the technology industry. He has been a small business owner, a real estate investor, an aerial photographer and flight instructor, a semi-professional banjo player, and—important to Diver’s Paradise—a scuba diver, often seen on the island of Bonaire. Diver’s Paradise is his debut novel and he intends to continue writing the Roscoe Conklin series, set in Bonaire. Goodwin lives in Madison, Wisconsin, with his wife, Leslie.
Loading...
or support indie stores by buying on