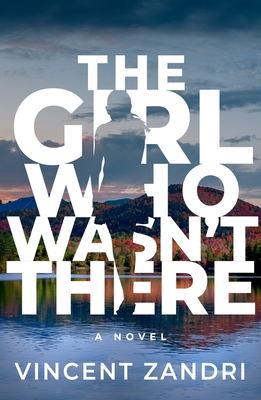 The Girl Who Wasn't There

Trust no one. Not your best friend, not your wife, not the police—and certainly not yourself.

Sidney O’Keefe just wants to spend a peaceful weekend alone with his wife and daughter in the vacation paradise of Lake Placid, New York—now that he’s been paroled after a ten year stretch in a maximum-security prison.

But any illusion of a peaceful future is destroyed when his eleven-year-old daughter, Chloe, suddenly disappears from the iconic beach scene, leaving Sidney and his wife, Penny, stricken with fear and panic.

When it’s determined that his old crime boss, Mickey Rabuffo, might be behind the abduction, it becomes apparent that the past has not only come back to haunt Sidney, but it’s come back to kill the entire family. With the village police assuming that Sidney, an ex-con with a history of prison violence, is responsible for his daughter’s disappearance, Sidney is left with no choice—he needs to take the law into his own hands—not only to expose the truth about what’s developing into a conspiracy of Biblical proportions, but also to render his own particular brand of rough justice.

Perfect for fans of Gillian Flynn and Paula Hawkins


Praise For The Girl Who Wasn't There…

“The Girl Who Wasn't There is the hard hitting, fast paced and brutally honest mystery novel that I was waiting for and that I've come to expect from Vincent Zandri. He's hit it right out of the ball park with this one.” —John Hemingway, author of Strange Tribe

“Vincent Zandri’s tight-fisted thriller throws a gut punch at those who would separate a man from his family.” —Foreword Reviews

“[The Girl Who Wasn’t There is an] engrossing thriller . . . a tangled web of death and deceit.” —Publishers Weekly

“Vincent Zandri hails from the future.” —The New York Times

Vincent Zandri is the New York Times and USA Today best-selling author of more than forty novels and novellas. His books have been translated into several languages; he has been featured in the New York Times; and has appeared on Bloomberg TV and Fox News. Zandri’s awards include the ITW Thriller Award, the Shamus Award, and was nominated for the Derringer Award. An MFA graduate of Vermont College, he is a freelance photojournalist and has written for many magazines including New York Newsday. Zandri is an active supporter of libraries and a lecturer at several New York colleges and universities. He lives in Albany, New York.
Loading...
or
Not Currently Available for Direct Purchase