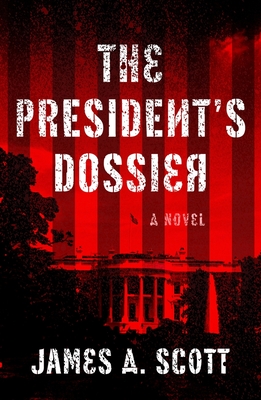 Max Geller: Target of the Kremlin, MI6, and the CIA

Fired for bias against the U.S. president, ex-CIA Russia expert Max Geller gets a chance to redeem his reputation and make a fortune when he is hired to investigate the president’s incriminating ties to Moscow. Jill Rucker, an undercover CIA agent, is assigned to work with him—and she does—when she’s not pursuing her own conflicting goals.

The search takes them to England, Russia, Panama, and Switzerland. Along the way, Max runs afoul of British intelligence by inadvertently compromising two of its operations. He gets help from an anti-Russian underground cell in Moscow, is assisted and threatened by the Russian mafia, exposes a massive Russian-American money laundering scheme in Panama, and uncovers a plot to protect the president from mounting accusations threatening his presidency.

Close behind is Zabluda, a Kremlin assassin, who means to kill them and their sources and destroy evidence incriminating the president. Max discovers that he has been betrayed by his former boss, his current employer, and his girlfriend. Seeking revenge, he takes on a powerful Washington law firm, the CIA, and the Russians.

Max Geller is the spy who went out in the cold—and no one wants him to come in and tell what he knows.


Praise For The President's Dossier (A Max Geller Spy Thriller #1)…


“The President’s Dossier is an international thriller of the highest order that enlightens even as it terrifies. Not to be missed for fans of high-stakes, high-action thrillers.” —Jon Land, USA Today best-selling author


“[In The President’s Dossier,] Scott has concocted quite the interesting, not to mention timely, story . . . For fans of headline-driven spy fare, this one is a solid winner.” —Booklist


“The President’s Dossier tells a game of power, authority, and stealth that will keep everyone on the edge of their seats.” —Feathered Quill


“A well-plotted, action-packed, and fast-paced thriller with all the ingredients that make for an edge of the seat reading experience. The President's Dossier is a fast read, as exciting as it can possibly get.” —Readers’ Favorite

James A. Scott is a former Army officer, a paratrooper, and combat veteran with Pentagon experience in oversight of Army intelligence operations. He is the author of The Iran Contradictions, an international historical thriller, finalist in the Foreword INDIES Book of the Year Award and USA Best Book Awards. The President’s Dossier is his second novel. For twenty years, he lived in Europe and has travelled to Russia, North Africa, and the Far East.
Loading...
or
Not Currently Available for Direct Purchase