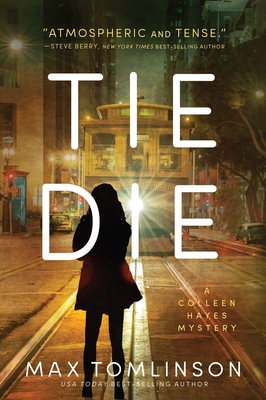 When the music stopped, it was murder

Back in London’s swinging '60s, Steve Cook was teen idol number one. But that changed when a sixteen-year-old fan was found dead in his hotel room bed. Steve’s career came to a crashing halt after he was dumped by his record company and arrested. Now, in 1978 San Francisco, Steve works construction, still dreaming of a comeback.

Until his eleven-year-old daughter is kidnapped.

Steve turns to one person for help: Colleen Hayes. She was quite a fan herself, back in the day. And she knows what it’s like to be on the wrong side of the law and live in judgement for the rest of your life.

It doesn’t take Colleen long to realize something fishy is going on with the kidnapping of Melanie Cook. What transpires is a harrowing journey through a music industry rife with corruption and crime. Colleen’s search takes her through San Francisco’s underbelly and all the way to '70s London, where she discovers a thread leading back to the death of a forgotten fan in Steve’s hotel room.

“[In Tie Die, Tomlinson] deepens the character of his multi-layered lead, Colleen Hayes, an unlicensed PI and ex-con who’s still on parole. Readers will want to learn more about this surprising and pragmatic woman.” —Publishers Weekly (Starred Review)

USA Today best-selling author Max Tomlinson was born in San Francisco. With the Bay Area’s rich literary history and a public transport system teeming with characters suitable for crime novels, the stage was set for Max to become a mystery writer. In addition, his time abroad has inspired a variety of flavors in his writing. His published work includes a crime series set in South America, an international espionage series, and now the Colleen Hayes Mystery Series, set in 1970s San Francisco. Tie Die is the second novel in the series, following the acclaimed Vanishing in the Haight.
Loading...
or support indie stores by buying on