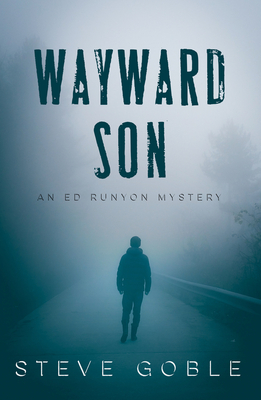 Ed Runyon, a former sheriff’s deputy haunted by past missing child cases that went horribly wrong, is struggling to launch a PI agency and still live in the Ohio farm country he loves. His love life is in shambles, too, as his partner turns to someone else. His best friend got roughed up by a rogue cop, so Ed is in a fighting mood.

Ed finds a new focus when he is hired to find a runaway chess aficionado who is keeping secrets from his homophobic, religious parents. Finding kids is the reason he became a PI, so Ed is determined to succeed and put the demons and other problems behind him. But Jimmy Zachman made a bad move and ran into far more trouble than he was already in, and the hunt for him leads Ed to a deadly and desperate confrontation. Everything comes down to determination—and one very risky move. Ed must find Jimmy at all costs.

Perfect for fans of John Sandford and Robert Crais

While the novels in the Ed Runyon Mystery Series stand on their own and can be read in any order, the publication sequence is:

“Goble cranks up the heat in Wayward Son. It's a compelling page-turner with all the right moves.” —Rick Mofina, USA Today best-selling author

“Major claps for Steve Goble's Wayward Son. Ed Runyon, PI, takes a licking, but keeps on ticking in this fast-paced follow-up to City Problems. Can Runyon find a missing kid and bring him home? You bet he can. Loved it.” —Tracy Clark, Sue Grafton Memorial Award-winning author

“Steve Goble is a true storyteller, and Wayward Son weaves compelling prose with realistic dialogue and powerful imagery to tell a gritty story with a full, but fast-beating, heart. Highly recommend.” —Mark Pryor, author of Die Around Sundown

"Wayward Son is a hardboiled backroad tale with a slice of heart." —Matt Coyle, Anthony, Shamus, and Lefty Award-winning author

“In this debut outing of a new series, Steve Goble delivers an authentic, compelling story of a rural cop with a haunted past. City Problems is both a dynamic procedural and an incisive portrait of a man at war with himself. Although the stunning, profane prose should be savored, I’m betting this is a book you will gobble up in a single sitting.” —William Kent Krueger, New York Times best-selling author

* “[In City Problems,] Goble matches a well-crafted plot with a deeply troubled lead who’s unfailingly on the side of the victim if not always on the right side of the law. Fans of gritty, realistic crime fiction will look forward to seeing a lot more of Runyon.” —Publishers Weekly (Starred Review)

“City Problems is a crime thriller of rare emotional depth, pathos, and angst. Steve Goble masterfully introduces us to a new hero in Detective Ed Runyon . . . in a bold and bracing fashion reminiscent of Michael Connelly and Robert Crais. And, if Dashiell Hammett or Raymond Chandler had ever chosen a rural setting for their crime novels, this is what it would look like.” —Jon Land, USA Today best-selling author

“A terrific new series. Ed Runyon is a relentless cop, and Goble puts a fresh spin on the cop with a haunted past.” —Terry Shames, Lefty and Macavity Award-winning author of the Samuel Craddock series

Steve Goble is a lifelong Ohio resident and a former journalist. He now works for a digital investigations firm as he reinvents himself as a mystery novel writer. Wayward Son is the second novel in the Ed Runyon crime fiction series, following City Problems. He is also the author of the Spider John historical mysteries. Steve lives in rural Ohio with his family and their two dogs.
Loading...
or support indie stores by buying on