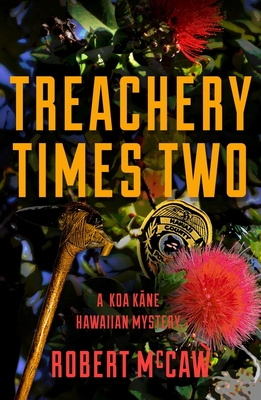 On Hawaii Island, a volcanic earthquake disrupts an abandoned cemetery—unearthing the body of a woman mutilated by her killer to conceal her identity.

The search for her identity leads Hilo Hawaii’s Chief Detective Koa Kane to a mysterious defense contractor with a politically connected board of directors. Defying his chief of police, Koa pursues the killer, only to become entangled in an FBI espionage investigation of Deimos, a powerful secret military weapon. Is the FBI telling all it knows—or does it, too, have a duplicitous agenda?

At the same time, Koa—a cop who thirty years earlier killed his father’s nemesis and covered up the murder—faces exposure by the dead man’s grandson. Koa is forced to investigate his own homicide, and step by step, his cover-up unravels until another man is falsely accused.

Can Koa stand by and let an innocent man pay for his crime?

While all the novels in the Koa Kane Hawaiian Mystery Series stand on their own and can be read in any order, the publication sequence is:

“What McCaw has done with his superior plotting is enough to keep readers’ heads spinning long into the night.” —Bookreporter


“With one deftly crafted cliffhanger of a plot twist after another, Death of a Messenger by mystery novelist Robert McCaw is an inherently riveting read from cover to cover.” —Midwest Book Review

Robert McCaw grew up in a military family, traveling the world. He is a graduate of Georgetown University, served as a U.S. Army lieutenant, and earned a law degree from the University of Virginia. He was a partner in a major international law firm in Washington, D.C. and New York City. Having lived on the Big Island of Hawaii, McCaw’s writing is imbued by his more than 20-year love affair with this Pacific paradise. He now lives in New York City with his wife, Calli. Treachery Times Two is the fourth in his Koa Kane Hawaiian Mystery Series, following Death of a Messenger, Off the Grid, and Fire and Vengeance.
Loading...
or support indie stores by buying on