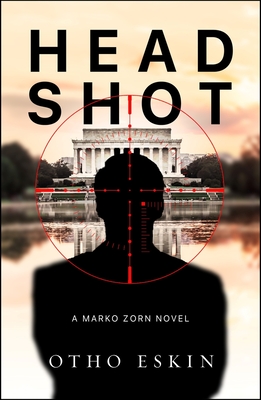 D.C. homicide detective Marko Zorn has just survived an assassination attempt when he is assigned to protect the beautiful prime minister of Montenegro—not a simple assignment, as she is the known target of an assassination plot. International politics and personal vendettas collide as Zorn digs deep in his portfolio of weapons—legal and illegal—to stop the killers. Or are they facing one assassin—the deadliest and most elusive on the international stage?

“Zorn knows DC and the political scene and Eskin keeps this plot moving with his foot slammed to the accelerator.” —Men Reading Books

“Readers will look forward to seeing more of Zorn, a distinctive lead with his dry humor, clipped dialogue, and rogue tendencies. Eskin is off to a good start.” —Publishers Weekly

“The Reflecting Pool has the kind of unexpected plot twists and turns that keeps the reader's riveted attention from beginning to end.” —Midwest Book Review

“Filled with witty personalities and shady power players, The Reflecting Pool is a fast-paced D.C. murder mystery where the stakes and suspense reach monumental heights.” —The Foreign Service Journal

Otho Eskin is a lawyer and a former member of the United States Foreign Service. He is active in the Washington theater scene and a playwright whose work has appeared in New York, Washington, D.C., and Europe. Head Shot is his second novel, following The Reflecting Pool. He lives in Washington, D.C.
Loading...
or support indie stores by buying on