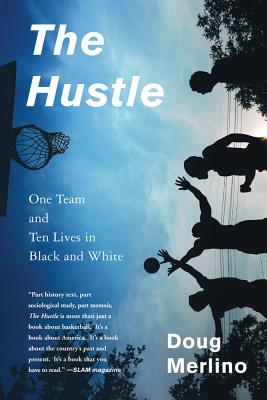 One Team and Ten Lives in Black and White

The experiment was dreamed up by two fathers, one white, one black. What would happen, they wondered, if they mixed white players from an elite Seattle private school and black kids from the inner city on a basketball team? The team's season unfolded like a perfectly scripted sports movie: The ragtag group of boys gelled together to win the league championship. The experiment was deemed a success.

But was it? How did crossing lines of class, race, and wealth affect the lives of these ten boys? Two decades later, Doug Merlino, who played on the team, returned to find his teammates. The result is a complex, gripping, and at times unsettling story. An instant classic of narrative nonfiction, The Hustle tells the stories of ten teammates set before a background of sweeping social and economic change, capturing the ways race, money, and opportunity shape our lives.

Doug Merlino is a veteran journalist who has written for Wired, Men's Journal, Legal Affairs, and many other publications. He previously lived in Budapest after leaving Seattle. He now lives in New York with his wife.
or
Not Currently Available for Direct Purchase
Copyright © 2020 American Booksellers Association