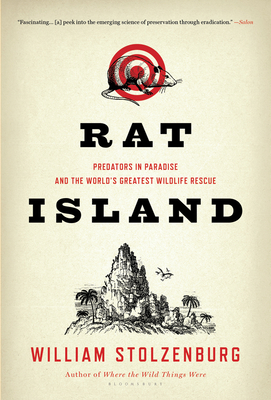 Predators in Paradise and the World's Greatest Wildlife Rescue

"Rat Island," midway between Alaska and Siberia, was once a sanctuary for seabirds, before shipwrecked rats came ashore and savaged them. It's a familiar scenario repeating across the oceans of the world: innocent island species under attack by foreign predators, and, lately, defended by their would-be rescuers employing radical measures, killing the intruders by rifle, trap, and poison. Peopled with unforgettable characters and propelled by perilous adventure, "Rat Island "reveals a little-known and hotly debated practice of killing for conservation.

William Stolzenburg was an Alicia Patterson Journalism Fellow in 2010. He is the author of Where the Wild Things Were, and screenwriter for the documentary Lords of Nature: Life in a Land of Great Predators. He lives in West Virginia
Loading...
or
Not Currently Available for Direct Purchase