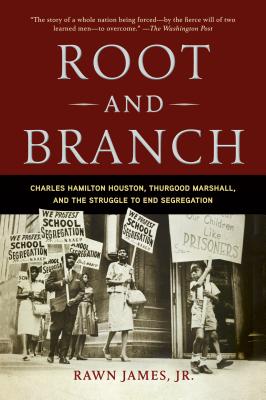 Although widely viewed as the beginning of the legal struggle to end segregation, the U.S. Supreme Court's decision Brown v. Board of Education was in fact the culmination of decades of court challenges led by a band of lawyers intent on dismantling Jim Crow one statute at a time.

Charles Hamilton Houston laid the groundwork, reinventing the law school at Howard University (where he taught a young, brash Thurgood Marshall) and becoming special counsel to the NAACP. Later, Houston and Marshall traveled through the South, often at great personal risk, chipping away, case by case, at the legal foundations of racial oppression. The buttoned-up Houston and the easygoing Marshall made an unlikely pair-but their partnership made an unforgettable impact on American history.

A graduate of Yale University and Duke University School of Law, Rawn James, Jr., has practiced law for a decade in Washington, D.C., where he lives with his wife and their children.
Loading...
or
Not Currently Available for Direct Purchase