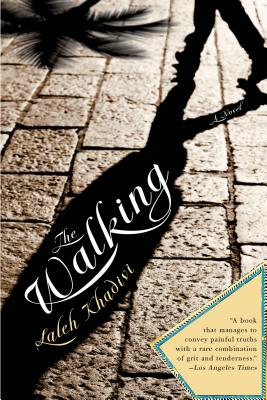 Saladin Khourdi has always known he will leave Iran. He spends his days in the cinema, dreaming of Hollywood stars in swimming pools. For his older brother, Ali, Iran is their home, their history. But both will have to leave, when the 1979 revolution leads to a killing in their mountain village. For both, there is a question of how far they will go, weighing the danger of return against the danger of continuing.

Laleh Khadivi's novel moves fluidly through time, and from the Khourdi brothers to the broader chorus of the Iranian diaspora, to create a stunning sense of a people caught between the ancient and the modern, tossed by political currents. In the story of Saladin and Ali, she explores the tension in all immigrants, the attachment to the place they must leave, and the dreams in the places they land.

It is, at last, Saladin alone who touches down in Los Angeles. He is hungry, and homeless, but he is not invisible-the city is unexpectedly heated with hate as the hostage crisis unfolds back in Iran. Los Angeles means avoiding confrontation while searching for work, counting coins and collecting sand in his shoes. But as Saladin slowly makes connections in this new place, he must determine whether home can be made anew.

Laleh Khadivi was born in Esfahan Iran in 1977. In the aftermath of the Islamic Revolution her family fled, first to Belgium and Puerto Rico, finally settling in Canada and the United States. Khadivi received her MFA from Mills College and was a Creative Writing Fellow in Fiction at Emory University. She now lives in San Francisco.This is her second novel.
Loading...
or
Not Currently Available for Direct Purchase