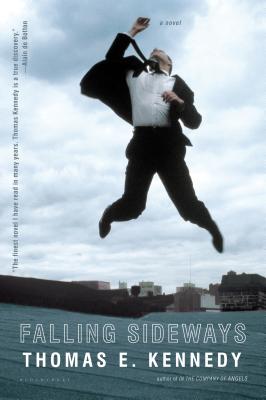 There seems to be no shortage of business at the Tank, a high-profile firm in Copenhagen. There are meetings to attend, memos to write, colleagues to undermine. But when the Tank's nefarious CEO announces a round of downsizing, everyone becomes exponentially more concerned about ... whatever it is they're doing. Not since Joshua Ferris's Then We Came to the End has there been such a savvy satire of contemporary work culture, and the distorting effects it can have on our lives.

Following these imperiled company men and women out into the autumn days and nights of Copenhagen, Thomas E. Kennedy traces the ripple effects of the news at the Tank as it impacts spouses, children, and lovers. Top executive Frederick Breathwaite is frantically trying to ensure a stable future for his son, while the boy's greatest fear is that his future might resemble his father's absurd present. Harald Jaeger is estranged from his wife and daughters but pursuing desperate passions for other women (including the Tank's married CFO). And while he's lost in amorous fantasies, he has managed to catch the CEO's eye-as a possible replacement for Breathwaite.

Sharp, funny, but remarkably tender, Falling Sideways is the second book in Kennedy's virtuoso Copenhagen Quartet, and a book that will continue to build his reputation as one of America's most versatile literary novelists.

Thomas E. Kennedy's books include novels, story and essay collections, literary criticism, translation, and anthologies. His essays won a National Magazine Award in 2008, and his fiction has been awarded several other prizes. He teaches at the Fairleigh Dickinson University MFA program. Born and raised in New York, Kennedy currently lives in Copenhagen with his two children. His Web site is www.thomasekennedy.com
Loading...
or
Not Currently Available for Direct Purchase