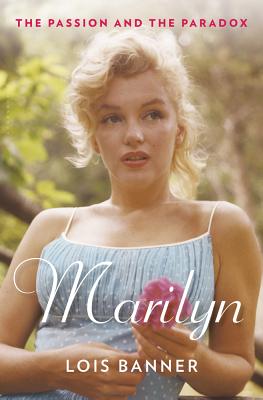 Like her art, Marilyn Monroe was rooted in paradox: She was a powerful star and a childlike waif; a joyful, irreverent party girl with a deeply spiritual side; a superb friend and a narcissist; a dumb blonde and an intellectual. No previous biographer has recognized -- much less attempted to analyze -- most of these aspects of her personality. Lois Banner has.
Since Marilyn's death in August of 1962, the appetite for information about her has been insatiable. Biographies of Marilyn abound, and whether these books are sensational or flawed, Marilyn's fans have always come out in bestselling numbers. This time, with Lois Banner's Revelations, the fans won't be disappointed. This is no retread of recycled material. As one of the founders of the field of women's history, Banner will reveal Marilyn Monroe in the way that only a top-notch historian and biographer could.
In researching Revelations, Banner's credentials opened doors. She gained access to Marilyn intimates who hadn't spoken to other biographers, and to private material unseen, ignored, or misinterpreted by her predecessors. With new details about Marilyn's childhood foster homes, her sexual abuse, her multiple marriages, her affairs, and her untimely death at the age of thirty-six, Revelations is, at last, the nuanced biography Marilyn fans have been waiting for.


Praise For Marilyn: The Passion and the Paradox…

Lois Banner is a founder of the field of women's history and cofounder of the Berkshire Conference of Women Historians, the major academic event in the field. She was the first woman president of the American Studies Association, and in 2006 she won the ASA's Bode-Pearson Prize for Outstanding Contributions to American Studies. She is the author of ten books, including her acclaimed American Beauty and most recently MM -- Personal, which reproduces and discusses items from Marilyn Monroe's personal archive. In addition to her books on Monroe, Banner is a major collector of her artifacts. Banner is a professor of history and gender studies at USC and lives in Southern California.
Loading...
or
Not Currently Available for Direct Purchase