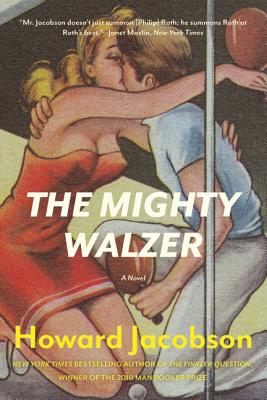 From the beginning Oliver Walzer is a natural--at ping-pong. Even with his improvised bat (the Collins Classic edition of Dr. Jekyll and Mr Hyde) he can chop, flick, half-volley like a champion. At sex he is not a natural, being shy and frightened of women, but with tuition from Sheeny Waxman, fellow member of the Akiva Social Club Table Tennis team, his game improves. And while the Akiva boys teach him everything he needs to know about ping-pong, his father, Joel Walzer, teaches him everything there is to know about "swag." Unabashedly autobiographical, this is an hilarious and heartbreaking story of one man's coming of age in 1950's Manchester.

Howard Jacobson was born in Manchester, England. He is an award-winning writer and broadcaster whose novels include The Mighty Walzer (winner of the Bollinger Everyman Wodehouse Prize), Kalooki Nights (longlisted for the Man Booker Prize), and, most recently, The Finkler Question, winner of the 2010 Man Booker Prize. Jacobson lives in London.


Praise For The Mighty Walzer: A Novel…

“Jacobson is a great storyteller: phrases, anecdotes and atmosphere roll off the page with the ease and sublime, scary grace of drunken eels--he is unsurpassable.” —The Times (UK)

“This mature novel has the sustained exuberance and passion of his youthful writing . . . an achingly funny book . . . an amazing achievement . . . There are few novelists today who can imbue the trifles of life with such poetry.” —Independent (UK)

“Marvellous. Jacobson has not just written the first great novel about ping-pong. He has written one of the greatest sporting novels ever.” —Sunday Telegraph (UK)

“[Jacobson's] humour is unashamedly savage and his jokes as sharp as a switch-blade . . . comic vitriol worthy of Evelyn Waugh.” —Express on Sunday (UK)