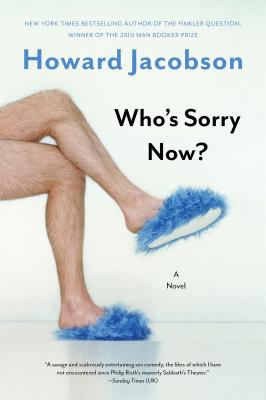 Marvin Kreitman, the luggage baron of South London, lives for sex. Or at least he lives for women. At present he loves four women--his mother, his wife Hazel, and his two daughters--and is in love with five more. Charlie Merriweather, on the other hand, nice Charlie, loves just the one woman, also called Charlie, the wife with whom he has been writing children's books and having nice sex for twenty years. Once a week the two friends meet for lunch, contriving never quite to have the conversation they would like to have--about fidelity and womanizing, and which makes you happier. Until today. It is Charlie who takes the dangerous step of asking for a piece of Marvin's disordered life, but what follows embroils them all, the wives no less than the husbands. And none of them will ever be the same again.

Praise For Who's Sorry Now?: A Novel…

“This kind of schematic plotting might seem like the stuff of which Hollywood high-concept comedies are made. But Jacobson writes in a much looser vein and uses his situation to humorously examine various aspects of how we live now.” —Publishers Weekly

“Nominally the fare of stage comedy, in Jacobson's adroit hands the stuff of farce also becomes the instrument of ruin. It is both funny and painful, the mixture of which this novelist is a master.” —Haaretz