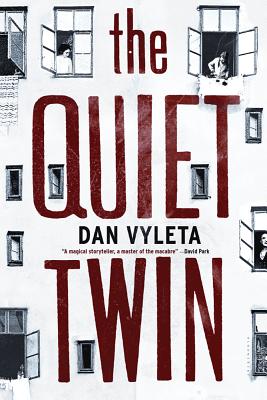 Vienna, 1939. Professor Speckstein's dog has been brutally killed, the latest victim in a string of unsolved murders. Speckstein wants answers-but these are uncharitable times, and one must be careful where one probes ...

When an unexpected house call leads Dr. Beer to Speckstein's apartment, he finds himself in the bedroom of Zuzka, the professor's niece. Wide-eyed, flirtatious, and not detectably ill, Zuzka leads the young doctor to her window and opens up a view of their apartment block that Beer has never known. Across the shared courtyard, there is nine-year-old Anneliese, the lonely daughter of an alcoholic. Five windows to the left lives a secretive mime who comes home late at night and keeps something-or someone-precious hidden from view. From the garret drifts the mournful sound of a trumpet player, and a basement door swings closed behind the building's inscrutable janitor.

Does one of these enigmatic neighbors have blood on their hands?

Dr. Beer, who has his own reasons for keeping his private life hidden from public scrutiny, reluctantly becomes embroiled in an inquiry that forces him to face the dark realities of Nazi rule. By turns chilling and tender, The Quiet Twin explores a dystopian world of social paranoia, mistrust, and fear-and the danger of staying silent.

Dan Vyleta is the son of Czech refugees who emigrated to Germany in the late 1960s. He holds a PhD in History from the University of Cambridge. His first novel, Pavel & I, was published to international acclaim. He lives in Wisconsin.