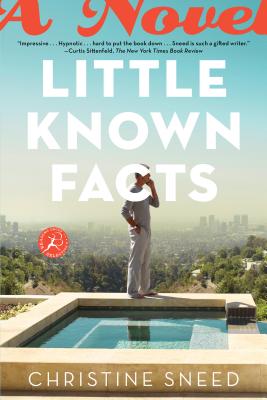 The people who orbit around Renn Ivins, an actor of Harrison Ford–like stature-his girlfriends, his children, his ex-wives, those on the periphery-long to experience the glow of his flame. Anna and Will are Renn's grown children, struggling to be authentic versions of themselves in a world where they are seen as less-important extensions of their father. They are both drawn to and repelled by the man who overshadows every part of them.

Most of us can imagine the perks of celebrity, but Little Known Facts offers a clear-eyed story of its effects-the fallout of fame and fortune on family members and others who can neither fully embrace nor ignore the superstar in their midst. With Little Known Facts, Christine Sneed emerges as one of the most insightful chroniclers of our celebrity-obsessed age, telling a story of influence and affluence, of forging identity and happiness and a moral compass; the question being, if we could have anything on earth, would we choose correctly?