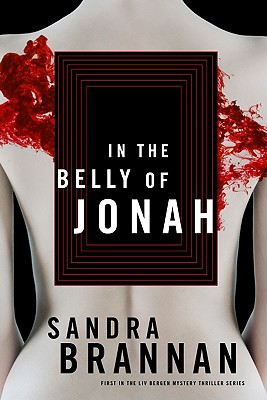 In the Belly of Jonah

“Set among the imposing Colorado Rockies, this first novel in a frightening new series is a fast-paced, gripping mystery to be read with the lights on and the doors locked. You will cheer on this intelligent, gritty heroine as she endeavors to out-think a killer determined to make her his next masterpiece.”
— Maria Uprichard, Boswell's Books, Shelburne Falls, MA
View the List

In the Belly of Jonah is a fast-paced mystery with a likable protagonist and an intricately woven narrative brimming with bizarre yet believable twists. The first in a series, the book expertly lays the groundwork for Liv Bergen, amateur sleuth, and her love interest, FBI Agent Streeter Pierce.

Liv becomes involved in the investigation of the murder of Jill Brannigan, a summer intern at the limestone mine Liv manages near Fort Collins, Colorado (a breathtaking setting that unwittingly becomes an accessory to crime). In doing so, she inadvertently puts her friends, her family, and herself at risk of being swallowed in the belly of a madman bloated with perverse appetites for women, surrealistic art, and renown.

As the gripping plot of In the Belly of Jonah unfolds, Liv Bergen takes her place alongside the best female crime-solvers as a woman with smarts, self-confidence, and intuitive savvy.