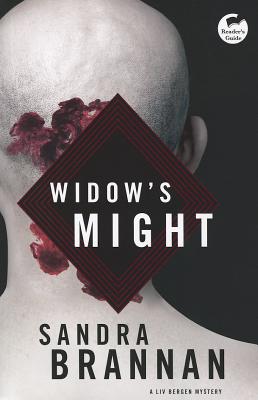 “Sandra Brannan keeps improving with each Liv Bergen novel. While not as gruesome as the first two in the series, this installment is a true mystery. Brannan's characters are becoming richer in each new installment. Wonderfully drawn, Liv holds you in thrall, and you can't wait to see what happens to her next. Just see if you can figure out the killer in this 'more than a whodunit.'”
— Jo Gilley, Blue Ridge Booksellers and Cafe, Waynesville, NC
View the List

The third Liv Bergen mystery picks up right where the second one left off: the murder of Liv's sister-in-law has been solved, but an older rancher has been bludgeoned to death in a style eerily reminiscent of a long-inactive killer known only as the Crooked Man. FBI agent Streeter Pierce, still on assignment in Sturgis, South Dakota, must now turn his sights on tracking down the killer, who happens to be his nemesis from ten years earlier. Pierce doesn t complain, though; he's falling in love with Liv Bergen and sets in motion an unconventional way to recruit her for the FBI's training camp in Quantico, Virginia, as they work the case together. But is Liv falling for the brilliant, exotic-looking agent Jack Linwood instead?

Once again, Liv's vast knowledge of the Black Hills of South Dakota the territory General Custer made famous and the modern day ranchers and environmentalists who live there leads her to unearth critical clues about the Crooked Man. Aided by her elfin sister with rainbow-colored hair, a sad-eyed bloodhound, and a terminally ill Norwegian widow, Liv ultimately identifies the deranged killer. But will her barrage of questions be enough to fend off a fatal blow from the very cane he used to crush the skulls of thirteen other victims?

Like her protagonist, Sandra Brannan learned the family mining business firsthand, starting out in steel-toed boots and rising to a chair in an executive office. She lives with her husband, Joel, in the Black Hills of South Dakota, and is proud of their four sons and three grandchildren. The forthcoming fourth title in her Liv Bergen series is Noah s Rainy Day."
Loading...
or
Not Currently Available for Direct Purchase