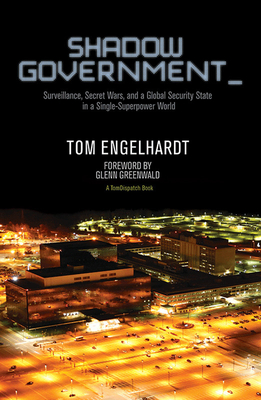 Surveillance, Secret Wars, and a Global Security State in a Single-Superpower World

In 1964, a book entitled The Invisible Government shocked Americans with its revelations of a growing world of intelligence agencies playing fast and loose around the planet, a secret government lodged inside the one they knew that even the president didn't fully control. Almost half a century later, everything about that invisible government has grown vastly larger, more disturbing, and far more visible. In his new book, Tom Engelhardt takes in something new under the sun: what is no longer, as in the 1960s, a national security state, but a global security one, fighting secret wars that have turned the president into an assassin-in-chief. Shadow Government offers a powerful survey of a democracy of the wealthy that your grandparents wouldn't have recognized.

Tom Engelhardt created and runs the TomDispatch.com website, a project of the Nation Institute, where he is a fellow. He is the author of The American Way of War and The United States of Fear, both published by Haymarket Books; a highly praised history of American triumphalism in the cold war, The End of Victory Culture; and of a novel, The Last Days of Publishing. He lives in New York.Glenn Greenwald is a columnist on civil liberties and US national security issues for The Intercept and the author, most recently, of No Place to Hide: Edward Snowden, the NSA, and the U.S. Surveillance State.
Loading...
or support indie stores by buying on