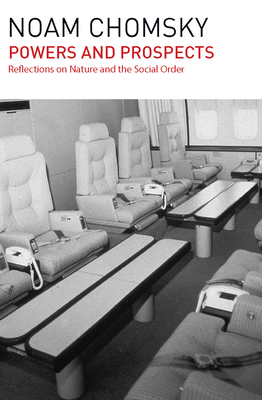 Reflections on Nature and the Social Order

From the nature of democracy to our place in the natural world, from intellectual politics to the politics of language, Powers and Prospects provides a scathing critique of orthodox views and government policy, and outlines other paths that can lead to better understanding an more constructive action.

Noam Chomsky is Institute Professor in the Department of Linguistics and Philosophy at the Massachusetts Institute of Technology, Boston. A member of the American Academy of Science, he has published widely in both linguistics and current affairs. His books include At War with Asia, Towards a New Cold War, Fateful Triangle: The U. S., Israel and the Palestinians, Necessary Illusions, Hegemony or Survival, Deterring Democracy, Failed States: The Abuse of Power and the Assault on Democracy and Manufacturing Consent: The Political Economy of the Mass Media.
or
Buy Here
Copyright © 2020 American Booksellers Association