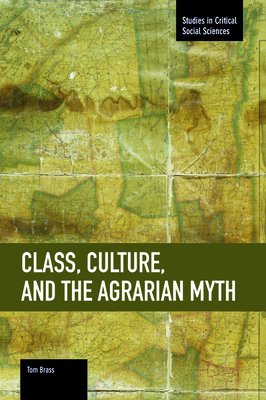 Using examples from different historical contexts, this book examines the relationship between class, nationalism, modernity and the agrarian myth. Essentializing rural identity, traditional culture and quotidian resistance, both aristocratic/plebeian and pastoral/Darwinian forms of agrarian myth discourse inform struggles waged 'from above' and 'from below', surfacing in peasant movements, film and travel writing. Film depictions of royalty, landowner and colonizer as disempowered, 'ordinary' or well-disposed towards 'those below', whose interests they share, underwrite populism and nationalism. Although these ideologies replaced the cosmopolitanism of the Grand Tour, twentieth century travel literature continued to reflect a fear of vanishing rural 'otherness' abroad, combined with the arrival there of the mass tourist, the plebeian from home

Tom Brass Ph.D Phil (1982) formerly lectured in the SPS Faculty at Cambridge University and directed studies for Queens' College. He edited The Journal of Peasant Studies for almost two decades, and has published extensively on agrarian issues and rural labour relations.
Loading...
or support indie stores by buying on